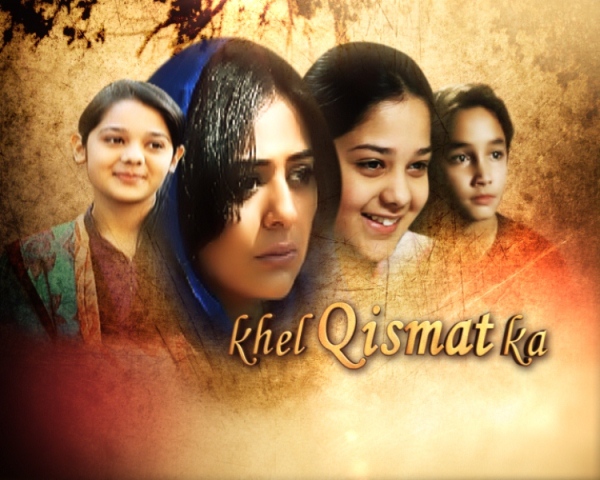 What prompts a mother to take a drastic step to remarry and leave her children behind? What will be the fate of her children? Will they be bereft of their mother's love? Zindagi, India's only Premium Hindi Entertainment Channel, throws these questions at viewers with its latest offering Khel Qismat Ka' starting February 25th.

Khel Qismat Ka is a heart wrenching story wherein a mother is forced to remarry and her own children see her off on her vidaai. The story revolves around Faria, who is living a content life with a loving husband and obedient kids. In spite of financial crises and other economic constrains, Faria is happy with her life. But fate takes an ugly turn after her husband dies a tragic death leaving her alone burdened with all the responsibilities. Faria is torn between the responsibility of raising her kids and protecting them from harsh realities of life along with dealing with the loss of a loved one. Her problems increase manifold when due to some unfavourable situations; Faria is forced to marry another man, but not to become his wife but to become a caretaker of his children from earlier marriage. How Faria and her children cope up with this new reality make up for an emotionally packed narrative.

Yasra Rizvi, in the role of Faria, plays the lead protagonist in the show. Faria is a loving wife, doting mother and most of all a patient daughter in law to an ever cribbing mother in law. Despite being ill-treated by her mother in law, Faria never raises her voice nor does she retaliate. She is a dignified woman, who struggles through the walks of life trying support her family after her husband's death.

Faisal Qureshi plays the role of Rahil, Faria's first husband. Rahil is a loving father, a caring husband and an ideal son. He wants to fulfil all the needs of his family but his current pay does not allow him to do so, hence, Rahil runs the risk of travelling abroad illegally for better prospects. Waseem Abbas, essays the role of Farhan, Faria's second husband. Farhan is a calculative and materialistic person, who's left with a young son after his wife's death. His world revolves around his son and he would go to any length to see that he is bought up well. For this reason only, Farhan decides to marry Faria.