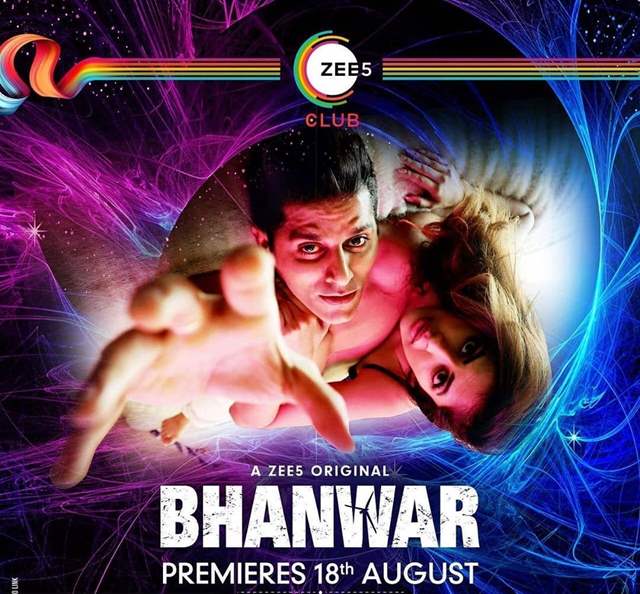 ZEE5 has been enthralling the viewers with it's quality content over the years. The makers are coming up with new and exciting storyline to keep the viewers engaged. The OTT platform took it to their social media account to announce yet another intriguing web series titled 'Bhanwar'.

The ZEE5 original show stars two of the most prominent names from the industry- Karanvir Bohra and Priya Banerjee. The show is all set to premiere on 18th August and the makers dropped in the first look of the same on their social media account.

ZEE5 dropped the poster of the show with the caption, "Agar time travel possible hota toh kya aap apna future badalna chahte? @karanvirbohra and @priyabanerjee also tried to change their future in #Bhanwar #SamayKaJaal. Find out what happens on 18th August only on ZEE5."

What do you guys think of the above news? Are you guys excited for this upcoming project on ZEE5? Do let us know your views on the same in the comments section below.

ZEE5 drops the teaser of it's upcoming web series 'Bhanwar'!

Payal Ghosh: If I am found hanging from ceiling, remember I ...
12 minutes ago

Mohsin Khan gets injured on the sets of Yeh Rishta Kya ...
19 minutes ago

Breaking
Breaking Namish Taneja back on ‘Aye Mere Humsafar’ sets after ...
47 minutes ago

No Escape Plan for Rakul; To Appear for Questioning before ...
54 minutes ago