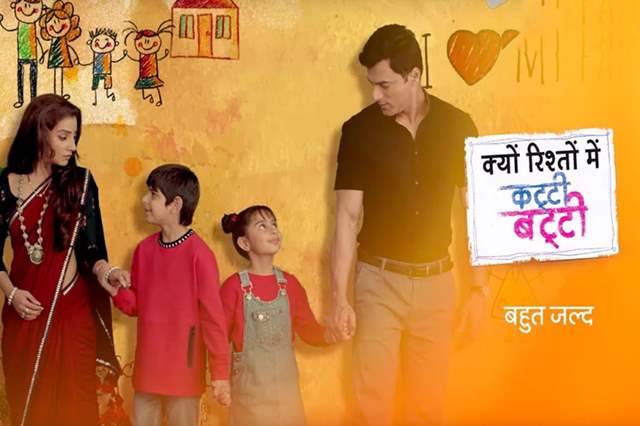 Zee TV may have a constant topper on its hands these days in the form of Kundali Bhagya, where the spin-off continues to perform exceedingly well every week but has several plans for the future.

The channel already has a range of shows set for the pipeline ahead which include the likes of Brahmarakshas Season 2, Mera Pat Sirf Mera Hai and Apna Time Ayega among others. And right among this list is one show that has probably found an on-air date faster than others.

And that show is Kyon Rishton Mein Katti Batti. It has been in the plans for a rather long time now where the teaser has also been out starring Siddhanth Vir Suryavanshi and Neha Marda in lead roles.

Now, the show has finally found an on-air date and is all set to hit the screens from 12th October. It is produced by Arvind Babbal who has bankrolled hit venture Mahakumbh on Life OK and has directed shows like Saraswatichandra, Shobha Somnath Ki, Mera Naam Karegi Roshan, Kesar, Yahaaan Main Ghar Ghar Kheli, among others.

Apart from this, the channel will also be bidding adieu to one of its beloved shows in the past couple of years in the form of Ishq Subhan Allah.

pyar-ishk 1 months ago Oh I can't wait to watch. So that's why Neha turn down Pinjra