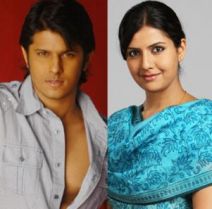 Yes! You heard it right! The show which created a record of sorts to be the 1st entertainment show shot out of Mumbai is expected to end soon.

Our source informs us, "The decision to end '12/24 Karol Bagh' was taken by the channel. The show got a decent rating even after getting moved from the prime time slot to ealry evening slot. Probably this prompted the channel to bring a brand new show on this slot."
Karol Bagh will end. But the date has not been decided.

While Sukesh Motwani, Fiction Head of Zee TV too confirmed that '12/24 Karol Bagh' is on its way out, he did not comment on the show which would be taking its place.

As per our source, "The channel had planned to end the show on October 15th. However there seems to be a change in the date as of now.

Zee TV is now all geared up for the launch of 'Dil Se Diya Vachan', produced by Film Farm. The show might get the 7:00 P.M slot. But going by the past experience, we get a feel that the channel might shuffle their existing line up once again and spring in a surprise.

sohan12345 9 years ago the present track is stupid and disgusting. Unbelievable. the story writer and producer should be sent to mental clinic.

manga3 9 years ago Really kb is the best show on zeetv and smiriti and neil best actors.Really going to miss seeing them,hope to see them soon in a new show.

paarul 9 years ago KB is much better than many shows in ZEE TV.It can still improve

pimplyface 9 years ago Really gonna the greatest show on ZEE.....wish it ws not ending...as most of the crap serials run for years.....KB was unique show but still going off air so soon...will really miss KB and will surely stop watching ZEE now.

norani 9 years ago Why gives KB fresh track by introducing 2 new faces if ZEE wants it to end soon? The new faces also being given mere appearances only.

norani 9 years ago From the article of Dil Se Diya Vachan, it seems Karol Bagh last episode will be on 22nd Oct because DSDV will be aired on 25th at 7.00 pm.
Oh how i hope KB will be given more extension period on air. i will miss you SIMBHI!!!!

renukha871 9 years ago well pls dont do this!! kb can still improve

Rumi007 9 years ago If the ZEE authority wants that the viewers will watch new show in 7 pm slot after ending of KB,as it make a new time slot for a show, without any judgment then they are the biggest fool in this world.

ulakmini 9 years ago pl....KB is the only inteligent and good show .....I am Sri lanken fan...lot of my friends are enjoying this....pl...we need KB

'Billions' Renewed For Season 6
39 minutes ago

Sneha Jain of 'Saath Nibhana Saathiya 2' Sacrifices Her ...
56 minutes ago