View Profile
SPOILERS AHEAD
This Friday, Himesh Reshamiya fans have a lot to cheer for. It is going to be a Himesh Reshamiya special episode and contestants will be singing songs composed by him.

Featured Video
The show starts with the performance by the two Hit Gharana contestants Saberi and Junaid. Both will be giving good performances but the show stealer will be Junaid. Not only does the performance get him a huge applause but he ends up into making Ismail Durbar dance to his tunes and bringing back memories of Shammi Kapoor to Rajesh Roshan. Poonam and Brajesh from Yalgaar Gharana perform next. Ismail tells all how this fatherless girl Poonam used to earn Rs 600/- from a PCO and took care of her mother. Poonam and Musarrat get the farmaan in this round.

Now if you all think that the episode ends then you all are wrong. There’s a surprise for all especially

Himesh. Bipin Reshamiya, Himesh’s father visits the sets to bless his son and share some insights on “laadla beta”. Very few people are aware of the fact that Bipin Reshammiya was the very first person to introduce electronic keyboard in Bollywood music. As expected, there is going to be some very emotional moments between the father – son duo. Thanks to Bipin Saab, many unknown facts about Himesh Rashammiya were revealed for the first time. Himesh had lost his elder brother when he was just 11 years old and the incident had completely shattered his father. It was then that Himesh had made a promise to his father that he would make up for his lost son.

Another interesting incident revealed by his dad shows that Himesh has been very calculative right from the childhood itself. He used to walk all the way from Haji Ali to Dadar in order to save Rs.8/- of the Rs.10/- that his father used to give him and spend only Rs.2/- to buy chocolates. Even now we can see this calculative trait in him, which gets reflected many a times in the show. The disagreement with other mentors regarding contestants especially on the choice of songs and on the issue of versatility proves that. This week when Mouli Dave will be giving a disastrous performance, he will urge her to sing "maiyya maiiya” again so as to prove his point that contestants should concentrate on same genre songs rather than be versatile and try experimenting.

Overall, it promises to be a reaction packed episode. Definit. 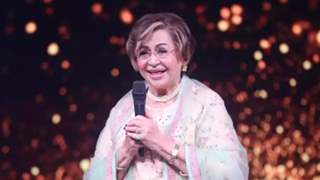 14 years ago oooo.. how exciting!
I'm eagerly looking forward to this episode. Thanks a lot for the preview!

+ 3
14 years ago Thanks Barnali and Sri
It shows that no matter how arrogant Himesh looks and behaves but I think he is the best judge in Saregama. Whenever he has opened his mouth for contestents, not just his but others also, I agreed with him..

14 years ago Woooow thanks for the report barnalidi.... What a struggle this man has made to come up.... no wonder he smiles occasionally.... or he does nt want his contestants to struggle a lot.... also he made the point regarding versatility.... if person is not versatile does nt means the person is not a good singer.... Mauli can surely earn with maiya maiya type songs and mussarrat with sufis