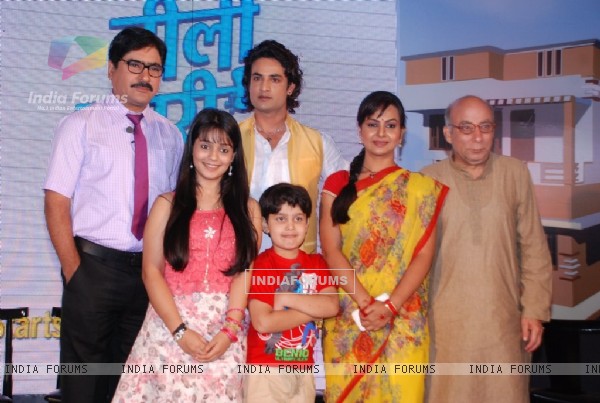 Garima Production's is all set to launch a show titled as Neeli Chhatri Wale on Zee TV. The show is based on a very beautiful concept where the audience will witness how people are connected with God in day today life.

The show depicts a tale of a man named Bhagwan Das essayed by the popular actor Yashpal Sharma. He is a common man who stays in Kanpur with his family and is caught between his personal as well as professional life. He is bullied by his wife Bobby (Disha Salva) and father essayed by Mithilesh Chaturvedi. His kids are ashamed of him as he works as a salesman for 'Titu underwear and Baniyan'.

Thus one day when he will be letting out his frustration, a handsome man will appear in front of him holding an umbrella to protect him from all the hurdles coming his way. The man in disguise of God which will be played by actor Himanshu Soni who is seen in Zee TV's historical show Buddha.

Well to our notice, the title of the show Neeli Chhatri Wale is very unique and fascinating. It projects the existence of God in front of a common man to protect him from all the hurdles. The show will be aired on every weekend and will delve into a subject relating to the universe and the creator of the world who is God.

It looks interesting and the storyline is too appealing which traces the journey of Bhagwan Das who converses with God.