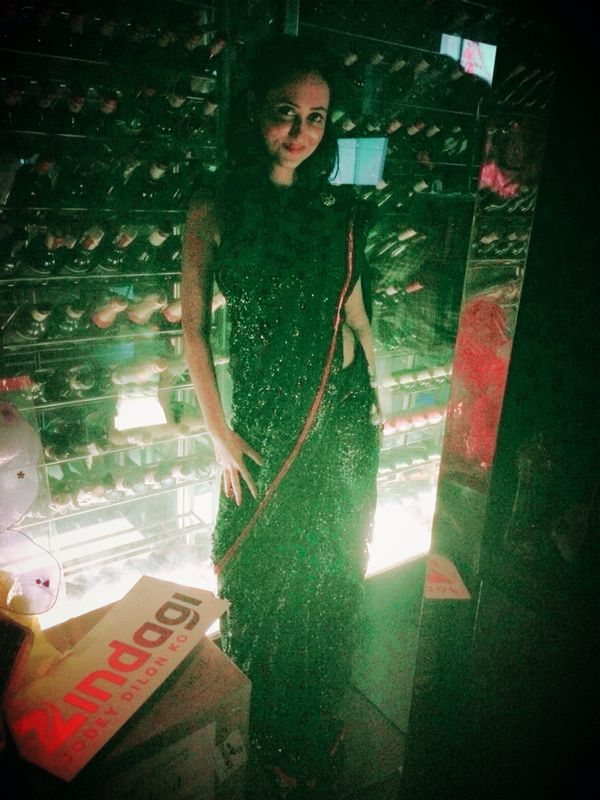 Zee TV is launching its own sister channel called Zindagi - Jodey Dilon Ko. Recently Zee TV had a launch for its channel. When spoken to actress Gunjan Walia who was the host of this show launch, she said, "Zindagi is a channel that Zee TV has come up with. It has its tagline as Jode Dilon Ko. Unlike any other Indian television channel, Zindagi have come up with altogether a new concept which is never seen on Indian Television.

It will have shows which will air only for a month. The content for these shows will have cross border stories. It will cover story from all around the world. I have seen the promos and trust me, it is extremely interesting. The main concept is that there are people living worldwide, speaking different languages, which have different cultures but it is their nature that keeps the people bonded and together. Mumbai and Delhi have already witnessed the launch."

Well, the concept sounds quite interesting but how well this channel will do and how much love it will gather from its audiences is something that only time can tell.

tvluvr 6 years ago i love all the shows of Zindagi channel specially 'Zindagi Gulzaar Hai' and 'Aunnzara' both are amazing. the best thing is they will complete the story in 1 month and then another new show.

Khan187 6 years ago Awesome...now we wont be seeing one story dragging for years

-RohitMaxwell- 6 years ago aww then there's also many months to go for those channels... Also zee is revamping Zing to youth gec!

According to this, not regional but still not available everywhere as it's targeted to Tier II and Tier III cities. . It seems Metros will get another channel with different programming, with what I'm guessing will be original content.

-RohitMaxwell- 6 years ago #KhatamKahani Will it be regional channel? then it will not be available everywhere :( OMG Pak drama's.. i love it... without any dragging... i want Humsafar to be remade here

KhatamKahani 6 years ago It's planning to air Pakistani (and perhaps other international) dramas.

Hope the channel is successful.

E_X_O 6 years ago Daebak ! Finally a platform with limited episode shows. That will be the day when the entire script is pre-set before shooting starts, or the storyboard is visualized before its first episode is aired. Hope the channel can actually implement its determined concept successfully. All The Best.

KhatamKahani 6 years ago Hold on, are they original content, or are they airing international shows with subtitles or dubbing?
And the day Indian television goes back to fixed runs or finite shows, is a day I will rejoice.

.Brooke. 6 years ago Sounds great hope it will bring quality entertainment.
Good luck to the channel.

nikki.171 6 years ago Shows with fixed runs usually focus on the quality. Sounds great. Hope the channel is a success.