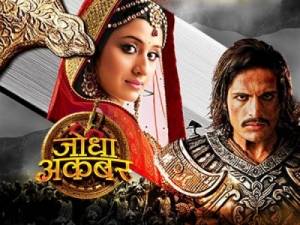 Whether it is being the first satellite television in India in 1992, or introducing non-fiction formats of singing and dance talent hunt shows that set the trend for competition to follow or producing fiction shows that address social issues in a poignant manner and drive societal change, Zee TV has been a pioneer in the Hindi GEC space.

In the age of on-the-go content consumption', Zee TV has been carving a distinct niche for itself in the digital space through a slew of initiatives across its different shows over the last 5 years. Whether it is through Facebook and smartphone apps, augmented reality consoles at malls or innovations in the voting mechanism of its reality shows, Zee TV continues to be at the helm of innovation in the digital space too.

Being the most widely followed and universally loved historical saga on Indian Television, Zee TV's No. 1 show Jodha Akbar has won the hearts of its viewers across India. With an unparalleled rating of 11019 TVTs last week, the show is the biggest historical ever on Indian television. Now, Zee TV takes the leadership initiative yet again and is all set to make history go digital in making its popular historical saga accessible to viewers and fans as a first-of-its-kind e-book and a mobile game.

The digital rendition of India's history opens up an exciting avenue for children who shy away from their History text-books ... why just kids? How many of us adults remember the broad chapters of Indian history after having gone through the grind at school? Ensuring that its readers stay glued to it once they start, Jodha Akbar's e-book titled The Zee TV Mughal Empire E-Book' presents historical facts and figures through vibrant word pictures, an arresting narration and illustrations that entertain while educating. Starting from the times of Babar and spanning across various centuries, the e-book covers the glorious reign of Shehenshah Akbar right up to Prince Shahjahan. This entire saga of the Mughal reign in India is brought alive through this e-book.

Comprising 6 mini-games, the Jodha-Akbar game has fun, exciting elements all packed together, making it a must-have app on your phone. Challenge your knowledge about the Mughal Empire through a quiz game - The Grand Entry. Test your reflexes as you race along the battle field combating the enemy in The Ride of your Life' and The Battle Royale'. Fort Quest' is a game that gives you a chance to step into the shoes of the great warrior Akbar and conquer the fort. With each threshold crossed in points your rank increases in 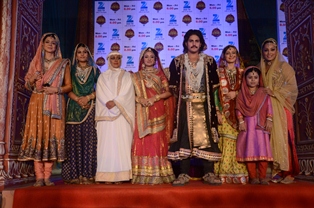 the Mughal Army from Mansabdar' to a Wazir' to a Jawaan' and finally cross a score of 1 lac points to gain the title of the Mughal Baadshah' and unlock a secret game The Nine Jewels'!

Talking about launching the game and e-book, Akash Chawla - Head, Marketing - National Channels, ZEEL said, "Zee TV has been at the forefront in the GEC space with its initiatives in the digital domain over the past 5 years. At a time when on-demand' and on the go' entertainment is the order of the day, we have been successful in providing our viewers with both, on-air as well as digital content that has kept them engrossed and engaged. While the innovative e-book packs in it the entire history of the Mughal Empire through vibrant pictorial depictions and a crisp narration, the game will test your knowledge of the Mughal era, ability to think like a warrior and transport you into the world of Jodha Akbar. While entertaining the masses with our on-air content remains our mainstay, we have gone the edutainment way while creating a digital footprint with Jodha Akbar."

Available now on Online at http://www.zeetv.com/jodha-akbar/ and on Android platforms as the 'Jodha Akbar Game' and The Zee TV 'Mughal Empire E-Book', the game and e-book will be available soon on the IOS platform as well. Even as the show's popularity continues to soar on the tube, the game and e-book will get viewers of the show to experience the world of Jodha Akbar like never before.

xitijj 6 years ago Rajat Tokas and Paridhi Sharma are rocking

LoveRomance0 6 years ago Woohoo!!! The game sounds interesting. Way to go Jodha Akbar team. Hope this is a hit.

Angel- 6 years ago Love Jodha Akbar. All the best 4 everything

lajni 6 years ago hopeful that jodha akbar will maintain the entertainment value...

ShadeOfWhite 6 years ago Jodha Akbar is the BEST show..Rajat and Paridhi r the best actors