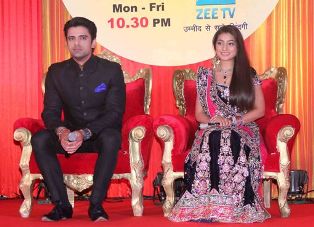 For every young girl, her wedding is, undoubtedly, the most eagerly awaited day of her life. She has a million little hopes and dreams about her marriage ... a vision of what her husband should be like, her own thoughts on the kind of life she wants to live once she moves into her sasuraal.

However, the picture-perfect life she envisions for herself and what destiny has in store for her may not always be the same! Set in Jhansi, 'Doli Armaanon Ki' is the story of one such starry-eyed, small-town bride Urmi who enters the institution of marriage, her eyes brimming with hope.

Will Urmi find her knight in shining armor who will sweep her off her feet and whisk her away into a fairytale wedding only to live happily ever after or will she end up disillusioned? 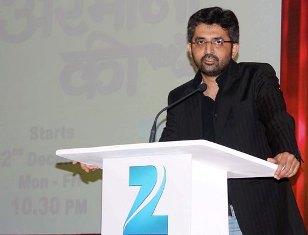 Speaking of the new show, Ajay Bhalwankar, Head- Content, Hindi GECs, ZEEL said, "There are very few young women in the country who haven't seen the dream of a fairytale wedding ... most women, particularly from smaller towns, have a rather innocent, idealistic view of life after marriage. Doli Armaanon Ki' tells the story of Urmi who, like most other girls her age, wants a wonderful, happy married life. Will Urmi's husband turn out to be the ideal partner she's always pined for? Family audiences the world over will be able to relate to Urmi's journey as the sentiment is universal."

Starting on 2nd December at 10:30 PM every Mon-Fri on Zee TV, the show sees the comeback of two of television's favorite faces. Neha Marda returns after a hiatus as the lead of the show - the bright-eyed bride Urmi. Talking about the show, Neha said, "This show is more or less a comeback show for me since the shows I did post my wedding were all cameos. I am glad to be playing the lead protagonist in a show that is so relevant to every young girl in the country." Playing the lead opposite Neha is the ruggedly handsome Mohit Mallik. His character of Samrat Singh Rathore is that of a young, ambitious go-getter businessman who has achieved plenty at a young age and even employs his own elder brother. He has strong views on how a man and his wife must relate to each other.  Veteran actors Geeta Tyagi and Anjali Mukhi will be seen essaying important roles.

'Doli Armaanon Ki' is produced by Pearl Grey's Spellbound Productions. About the show, Pearl says, "Having been a part of Zee TV's own in-house programming team, it is an absolute pleasure to associate with the channel once again - this time as a producer. 'Doli Armaanon Ki', as a subject, will find an instant connect with the audiences as every young girl has her own ideas about what her dream man and ideal marriage should be like. So, viewers will be able to identify with Urmi.  'Doli Armaanon Ki' beautifully captures a bride's journey of hope."

zoha11 6 years ago Mohit ur yummy hottt.waiting for ur hottt romantic scenes...voohooo..

mohiti 6 years ago Mohit malik u rock..wud watch the show only for u...nd loved u in rhe blue shirt in romantic look..

nidhishree308 6 years ago Mohittt...congrats for ur new show...waiting to see u...love u sooo much..nd I m so sure if ur doing this show it must be different...hope to see a intense romance story..

myrah13 6 years ago Mohittt my hottieee waiting to see u romancing...

LoLo 9 years ago What does SRK have to do with Toonpur Ka Superhero? Also I don't think TMK will do well not because of Akshay but Katrina. Whatever is going on I hope they both keep making good movies so I can go see them.

curry-sistah 9 years ago oh gosh.. not this story again; they r both adults and if something is wrong, or they did have a disagreement - they will work it out- no use bringing the viewers in to it. ( i love them both and wish them both the best) :)

BIackSwan 9 years ago srk rocks man... i dont think he needs to do anythin of dis sort to anybody.. he has achieved a lot in life and farah khan is just another person for him. he doesn't need her at all and im glad he's not in tees maar khan

Swap-Arhi 9 years ago read 2 days back that SRK apologized to Farah and Salman saying if they were not talking to him it mustve been his fault! This is a really old news!

Hathras case: Kangana Ranaut says 'Have immense faith In UP ...
28 minutes ago

Akshay Mhatre talks about the importance of a mother's hand ...
3 hours ago
View More
TOP