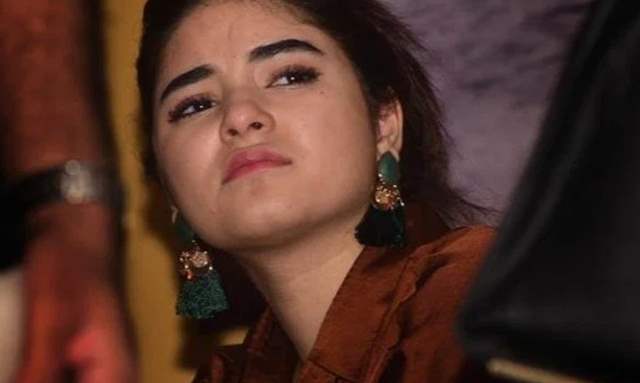 Zaira Wasim may have called it quits from the showbiz, but remains under the spotlight, thanks to her controversial tweets. A few days ago, she stirred up a controversy on Twitter after she used a verse from the holy Quran as a reference to ‘locust attack’ and related it to people’s arrogance. She was trolled for her views and had deleted her Twitter and Instagram account for a day.

In a recent tweet, Zaira shared a joke on Twitter, which received a mixed response from netizens. While some users found her tweet relatable and couldn’t help laughing, others responded with a sarcastic reply.

(Me:  Me: Mamma I feel my hemoglobin count is low, I could be anaemic. Mother: You have been sucking on our blood since childhood, what happened to that?)

Soon, sarcastic responses started pouring in. A Twitter user wrote:  "This is an anti-national tweet. How can you talk like this about MOTHER India. This is sedition."

Many others had a good laugh over Zaira’s tweet and found it relatable. Check out more tweets below:

Meanwhile, it’s been over a year since Zaira Wasim suddenly announced her disassociation from films saying she was not happy with the line of work citing that it interfered with her faith and religion. She had made her decision public and shared a long detailed note on her social media. While some personalities from the industry respected her decision and showed support, some others criticized her for letting go of the golden chance.

Zaira was last seen in the film, The Sky is Pink, opposite Priyanka Chopra, and Farhan Akhtar.