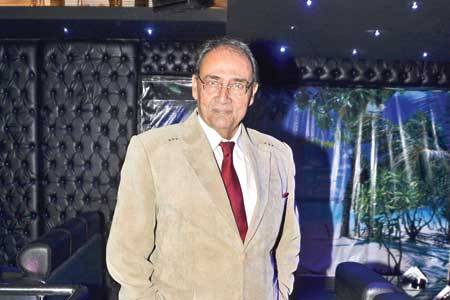 Garima Productions' popular show Neeli Chhatri Wale on Zee TV, is quite known for portraying the slice of life stories which a common man can relate to.

As viewers have seen that with every new episode, the makers bring in a new story with which they try to convey a message to the audience. The upcoming episode will revolve around an interesting concept where viewers will get to see a debate between an NRI and an Indian to prove which country is better.

The character of an NRI man will be essayed by Yusuf Hussain who is quite popular for his roles in Bollywood as well as in television.

Our source says, "Yusuf who is settled in America will come down to India to meet his old friend who is Bhagwan Das's father. Yusuf will stay at their place and all the time he will flaunt about how America is better than India. On the other hand, Bhagwan Das's (Rajesh Kumar) father who is a pro-Indian will contradict NRI uncle's idea. Yusuf has already started shooting for his role and it's a cameo role."

When contacted Yusuf Hussain, he said, "Yes, I am coming on the show for an episode as an NRI. There will be a comedy but the episode will convey a very good message."

When asked Yusuf about taking up episodic shows, he says, "Yes, I always prefer to do episodic shows because daily soaps become stressful."

+ 2
6 years ago This seems interesting.. looking forward to the episode. :)
The show Neeli Chhatri Wale Rocks!