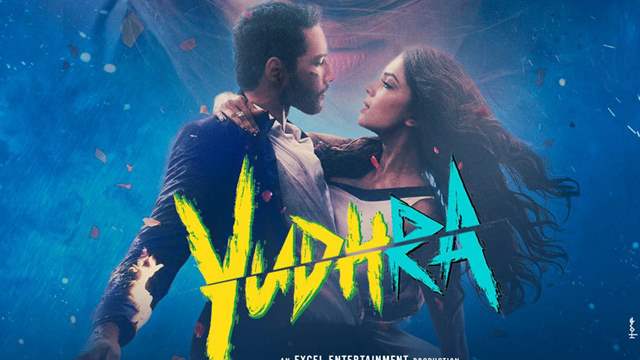 Dropping the first look of Siddhant from the film, Farhan tweeted: “Death is no stranger to him. He is a man at war. #Yudhra”

He also shared a teaser which features the leading firing bullets and dodging fires through their way. The film pushes the bar in action with hardcore street fight and hand to hand combat, padded with a power packed ensemble cast for the young adult audience.

With a trail of glimpses- first a poster of Siddhant as ‘Yudhra’ in a never seen before quirky, edgy avatar, followed by a mesmerizing yet intriguing poster of Siddhant and Malavika who will be seen together for the first time, and finally the film teaser, takes us through a journey of action, thrill and romance. Rightly, Siddhant’s character in ‘Yudhra’ looks like a man at war but we are sure, there’s more to it with his fierce look.

Siddhant stuns in a never seen before avatar and shared the teaser on his social media as he wrote, “Entry bhi Apni, Exit bhi Apna. Sabka Game Over karne aa gaya  #YUDHRA”

Excel Entertainment and Siddhant Chaturvedi will be collaborating again with ‘Yudhra’ after their highly successful Gully Boy where Siddhant played MC Sher. The actor will also be seen in Excel Entertainment’s recently announced Phone Bhoot which will release in 2021.

Directed by Ravi Udyawar, Yudhra's story and screenplay have been done jointly by Farhan Akhtar and Shridhar Raghavan. The film will also star Raghav Juyal and is scheduled to release in summer 2022.