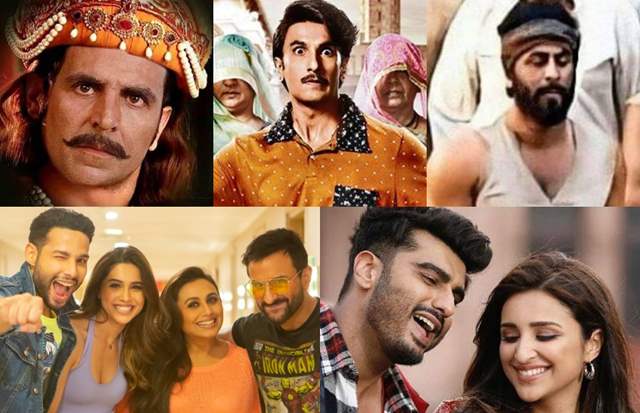 Yash Raj Films has locked its exciting slate of films for 2021 and the company is signalling its strong intent to bring audiences back to experience films on the big screen. Here are the official release dates:

“SANDEEP AUR PINKY FARAAR” starring Arjun Kapoor and Parineeti Chopra is all set to release on: Friday, 19 March, 2021. The film is produced and directed by Dibakar Banerjee and the Worldwide Distribution is done by Yash Raj Films.

“BUNTY AUR BABLI 2” is all set to hit the silver screens on Friday, 23 April, 2021. With the film, YRF will be introducing debutant Sharvari. Starring Saif Ali Khan, Rani Mukerji, Siddhant Chaturvedi and Sharvari in pivotal roles, the film is directed by Varun V. Sharma  and produced by Aditya Chopra under his banner Yash Raj Films.

“SHAMSHERA” is directed by Karan Malhotra and the release date of the film has been locked for Friday, 25 June, 2021. The film stars Ranbir Kapoor, Vaani Kapoor and Sanjay Dutt in lead roles and is produced by Aditya Chopra under his banner Yash Raj Films.

“JAYESHBHAI JORDAAR” will be releasing all across on Friday, 27 August, 2021. The film stars Ranveer Singh in lead role along with Shalini Pandey Boman Irani and Ratna Pathak Shah in pivotal roles. Directed by Divyang Thakkar, Jayeshbhai Jordaar is produced by Maneesh Sharma and Yash Raj Films.

“PRITHVIRAJ” is scheduled for a Diwali release and will be hitting the theaters on Friday, 5 November, 2021. The film will be marking the debut of Miss World 2017, Manushi Chhillar. Starring Akshay Kumar in lead role, the film has Sanjay Dutt and Sonu Sood in pivotal roles and YRF will be introducing new talent Manushi Chhillar in the world of cinema. Directed by Dr. Chandraprakash Dwivedi, the film is produced by Aditya Chopra and Yash Raj Films.