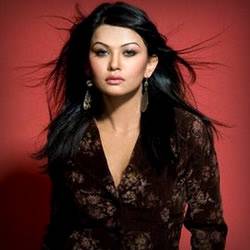 After being eliminated from Bigg Boss4 Sakshi Pradhan is back to her normal life. But, is she happy to be back?

Are you happy after getting back to your normal life?
Not at all, I was having a great time in the house and I feel life is better inside than the life outside.

Do you feel justified with the decision of your elimination?
I am not at all happy with my elimination and I don't think it was fair to eliminate me. I was the real Sakshi in Bigg Boss4.

Who do you think should have been eliminated from the house among the other nominees along with you?
Seema Parihar

You were known to be an inadaptable person in the house, not involving yourself in any of the activities and not talking to anyone.
There were only elderly people in the house and I am a twenty one year old girl. I was a bit reluctant to talk to many of them. I wanted to be patient so that I don't become a trouble for anyone. You saw the real Sakshi Pradhan in the show as I wanted to be myself and did not
want be double faced.

Your rapport with Hrishant Goswami was not well disposed, why was that?
In the beginning, his tone of speech was not friendly to me,  and I felt he was really rude, but that was a misunderstanding and after the first nomination he talked to me, when I took his name in the first nomination. Later then we became comfortable with each other.

How was your relation with Sara Khan?
Sara is a very good friend of mine and she is one person in the house whom I can really trust.

Who were your other friends in the house?
Manoj Tiwari and Shweta were very good friends with me.

Who do you think should be the winner of the show this season?
Manjoj Tiwari should win and he will rock

We have heard of you having some health problems which later was said to be pregnancy issues, what was it all about?
I had a stomach pain when I was in the house and that's why I wanted to consult a doctor and I want to make it clear that I am not pregnant and I am absolutely healthy now.

This was said to be a publicity stunt by one of your friends Nisha Singh, is it true?
Who is Nisha Singh and which part of the country is she from?

Khali has entered the show now and what do you think about that?
I am happy that he is in the show, but at the same time like everyone I am also anxious to know how he will adjust with the food in the house. He has told me that when he does not get the right amount of food, he gets aggressive.

What are your future plans after the show?
I have two projects in hand but I cannot reveal anything right now.

Zoya677 9 years ago sakshi is ok...bt she sud not trust sara khan...sara is da biggest bitch,shez stupid n dumb...she sudb kicked out of bigg boss...wht a cheap nasty grl she is..

Born-star 9 years ago she look so different in makeup :0
and so bad without makeup

BayAreaGuru 9 years ago Thanks
She didn't deny she had doubt if she was pregnant .

SourCandyDrop 9 years ago wtf? How can you not know if you're pregnant or not? You obvioulsy know whether you did it or not...is she even married yet? :\

bary 9 years ago i am so surprised how well she acted in house being goody,any ways what ever

WooHooHaha21 9 years ago shes kind of a psycho!! and sara a very good frnd!! pleassseeee!!!

aishhh. 9 years ago Kaahe ka experience..gosh I personally did not like her at ALL :X

Sherrin Varghese marks his comeback with Aneri Vajani & ...
9 minutes ago

Kareena Kapoor Khan and Karisma Kapoor are giving out major ...
30 minutes ago

Asha Negi shares that she has no hard feelings for Rithvik; ...
31 minutes ago

Ramesh Taurani Spoke To Sushant A Day Before His Demise; ...
53 minutes ago

"For the First Time in my Over Two-Decade Career I Got to ...
55 minutes ago

Priyanka Chopra Jonas shares her excitement as she sends in ...
an hour ago