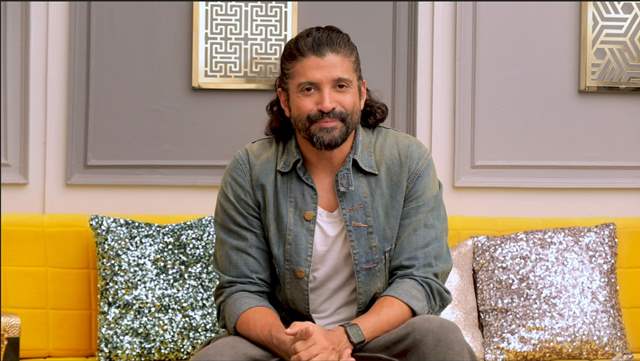 Actor-director-producer Farhan Akhtar has been vocal about various issues on social media. However, nowadays he has taken a break from it and he has revealed the reason behind it on Arbaaz Khan's talk show Pinch Season 2.

In the episode, Farhan said,

I'm inactive these days (on social media), as I needed a detox from social media. There was a time when I had got into a tussle with trollers. But then the thing is, either you get stuck in a never-ending process by responding, or you realize that you have a life beyond social media, and you take an exit.

Farhan believes that fans could be loyal towards an artist, but trollers can't be loyal. They keep looking for newer targets. He even shared his view about being unaffected by trolling,

These trolls are clickbait, they throw a hook, you can either behave like a shark, or you can behave like a fish. One should be confident enough, not to get affected by such trolls and keep moving.

One of the most awaited projects of Farhan's directorial is Don 3. The actor shared that he shares a jumbled relationship with the people for the film and said,

Even when I put out condolence, people ask me about Don 3. They don't even realise that someone has passed away, at least they should spare such a tweet.

The original Don starring Amitabh Bachchan is Farhan's favourite, and he revealed what made him remake the film.

I'm a big fan of (Amitabh) Bachchan Saab, and when I saw the original film, I got sacred with the character of Don. I was having this thought... like, he is my hero, and he's so scary, vicious, mean and violent person. So that has stayed with me for a long time. The characters, the screenplay has modernity, so I discussed with Zoya and asserted that Don is such an amazing film, that it will translate well even in today's time (the 2000s), so someone should remake it. Then Zoya told me, 'let me remind you, that even you're a director. So why don't you make it?'

He further revealed that while making Don, he desired to give a fresh take to it. He concluded by saying,

I wanted to bring a new element to it, so as the dialogue goes, 'Don ko pakadna mushkil hi nahi, namumkin hain,' I decided to bring such a twist that adds weightage to this line.