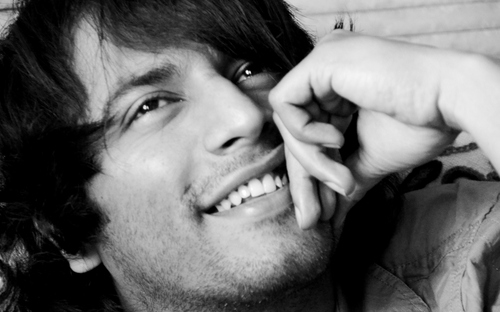 The good looking actor Sehban Azim, who is seen as Zaki in Sony TV's popular show Humsafars recently had been to a college fest where he represented an NGO.

Sehban loves being a part of the NGO Smile Foundation and he believes in charity and helping out people. Sehban shared the same thoughts with the students of the college and he himself had a great experience.

When contacted Sehban, he shared, "I went for an event in IIT Powai because they were having their sports meet. This time they associated with the Smile Foundation in which everybody was asked to take part actively. I was representing the Smile Foundation for the fest and I was given a chance to speak on the stage. I shared that when we were kids, we grew up watching Superman, Batman and we used to enact them. I wanted to explain them that it's all just fiction which is not at all true. To bring out the Superhero out from you, you must help someone. Be a part of some NGO and if not then you can go out and help people to help them grow in life."

"I have been going to different places to help the needy by giving them food or medicines. If God is giving you then you have to go out and help people. this time smile foundation approached me to be their guest at the fest and it was such a nice gesture. I had an incredible experience with them," concludes Sehban.

6 years ago Sheban!! Love you as Zaki in Humsafars. Awesome acting

+ 3
6 years ago Doing an awesome job as Zaki...in Humsafars Sehban! Keep it up!!