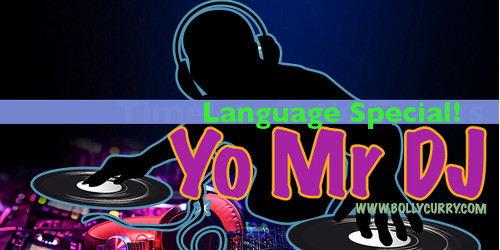 Once upon a time, Bollywood movies had songs which were penned down in Hindi with smatterings of Urdu. Urdu, a language which is known for its poetry, was liberally used in between Hindi to provide the listeners with lovely songs that are still appreciated by Bollywood lovers. A few examples of such songs include "Dil Cheez Kya Hai" from Umrao Jaan (1981), "Chaudhvi Ka Chand Ho" from Chaudhvi Ka Chand (1960), "Chalte Chalte" from Pakeezah (1972) and "Baharon Phool Barsao" from Suraj (1966). But times have changed, and lyricists have begun to incorporate various other languages  in the newest generation of songs. We see the addition of not just various Indian languages, but also some foreign languages as well.  In this edition of Yo Mr. DJ!, BollyCurry highlights a few such famous songs that have other languages used in them!
"O Re Chori" from Lagaan (2001)
English 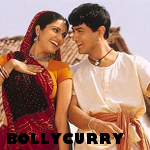 Sung by Alka Yagnik, Udit Narayan, and Vasundhara Das, "O Re Chori" is the first song that comes to mind when thinking of a Hindi song with interspersed English vocals. With poignant lyrics crooned by the talented Das, "my Heart it speaks a thousand words, I feel eternal bliss..." , she adds just the right hint of an English flavor to a desi song. Lyricist Javed Akhtar and composer A.R. Rahman have blended the English and Hindi lyrics perfectly, making the song a rather memorable one.
"Kaho Na Kaho" from Murder (2004)
Arabic 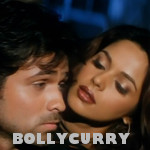 It should not come as a big surprise that "Kaho Na Kaho" made it on to the list as this popular song is quite famous for its catchy Arabic lyrics. Sung by Amir Jamal, penned by Sayeed Quadri and composed by Anu Malik, the song is actually a Hindi remake of an Arabic song sung by Amr Diab, "Tamally Maak". While the Arabic lyrics in the Hindi song are tough to pronounce, Bollywood lovers did not relax till they had the lyrics figured out, making this song one of the chartbusters of 2004!
"Ami Je Tomar" from Bhool Bhulaiyaa (2007)
Bengali 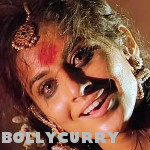 The best example of Bengali language used in a Hindi song is the remake of the famous "Ami Je Tomar" in Bhool Bhulaiyaa. The song, "Mere Dholna", sung by Shreya Ghoshal and M.G. Sreekumar, incorporated the original Bengali lyrics within the chorus of the song. The lines "Ami je tomar shodu je tomar" was not just used in the song, but was also used liberally in the movie in the background whenever the lead characters needed to be taken on a wild goose chase. The song is composed by Pritam and penned by Sameer.
"Senorita" from Zindagi Na Milegi Dobara (2011)
Spanish 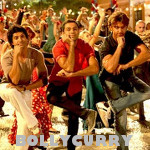 No Bollywood fan would forget Hrithik Roshan, Farhan Akhtar, and Abhay Deol dancing onstage with Spanish ladies while singing "Senorita". Composed by Shankar Ehsaan Loy and written by Javed Akhtar, the song featured Maria Del Mar Fernandez, a Spanish flamenco singer, singing the Spanish portions. It was made even more special by the three leads of the movie lending their own voices to the song as well. "Senorita" is definitely a catchy song with unforgettable vocals.
"Hum Toh Hai Cappuccino" from Kya Super Kool Hain Hum (2012)
Marathi 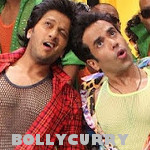 The Bollywood fraternity is mostly based in Mumbai, so it is not surprising that Marathi made its way into Hindi songs. Recreating Shilpa Shetty's hit song, "UP Bihar Lootne", "Hum Toh Hai Cappuccino" is the product of composers Meet Bros. Anjjan, lyricist Kumaar, and singers Sukhwinder Singh, Daler Mehndi and Swaroop Khan. Interspersed in the Hindi lyrics include Riteish Deshmukh's Marathi lyrics, which he happened to compose and voice himself! Truly, a proud moment for every Marathi speaker out there!
"Titli" from Chennai Express (2013)
Tamil 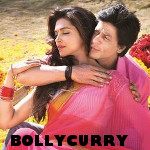 Chennai Express didn't just paint a rather beautiful picture of the vibrant Tamil culture, but also  gave us a song intermittent with Tamil lyrics. An interesting fact unbeknownst to many is that the Tamil portions of the song are actually verses from a poem written by one of the famed saints of South India in the praise of Lord Ranganathan, which is another name for Lord Krishna. The song has been composed by Vishal-Shekhar, penned by Amitabh Bhattacharya and sung by Chinmayi Sripada, Srimathumitha, and Gopi Sunder.
"Photocopy" from Jai Ho (2014)
Gujarati 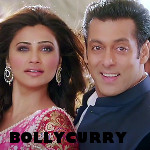 Sung by Himesh Reshammiya, Keerthi Sagathia, and Palak Muchhal, this song finally brings Gujarati to the mix. Composed by Sajid-Wajid and written by Kausar Munir, the song has made quite an impression on its listeners for its quirky lyrics and peppy tune!
"Chittiyaan Kalaiyaan" from Roy (2015)
Punjabi 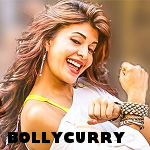 When talking about different languages being brought into Hindi songs, how can one not draw a light on the Punjabi fusion in Bollywood music? The current most influential language in Bollywood songs is most definitely Punjabi, and it almost feels like an album isn't complete without at least one song with a Punjabi flavor. The latest song to join the bandwagon of fusion Punjabi-Hindi songs is "Chittiyaan Kalaiyaan". Sung by Kanika Kapoor, composed by Meet Bros. Anjjan, and written by Kumaar, the song is almost entirely in Punjabi. While many of the listeners may not have understood some the words used, that does not stop them loving it and singing it!
This concludes our list of some of the popular songs that have been influenced by various languages and have become some of the greatest hits of the time. Obviously, there are some songs that have been left untouched in this article like "Jiya Jale", "Baby Doll Main Sone Di" and many more. But that does not stop you from making your own list of the songs that have the influence of regional/international languages in it. Make a list of your own, and leave it in the comment box below! We are waiting to hear from you!
Writer: Kalpana K.C.
Editor (s): Ritchelle C. and Gunia K.
Graphics: Komal P.
Have a suggestion or comment for BollyCurry? Drop us a PM at BC_Dropbox  Today!

Sajid on how things have changed post Wajid's death