When it comes to Bollywood, the audience gets a chance to watch various characters portraying dozens of emotions in a single movie. Despite a majority of the movies being love stories, each one has the scope of showcasing a variety of character attributes. At times, characters share the same likes and dislikes. However, at other times, they are contrary to one another.
The month of Yin Yang has made it's way into BollyCurry, and to specialize on this theme, we have compiled a special article featuring a few iconic onscreen jodis with beautiful love stories who have highlighted the fact that, sometimes, opposites do attract. Brace yourselves. 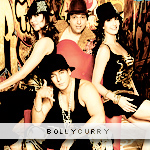 First up is the 2007 blockbuster rom-com Partner, co-staring Govinda and Salman Khan. Bhaskar Diwakar Chaudhary (Govinda) is a financial advisor in the multinational company owned by Priya Jaisingh (Katrina Kaif). Owing to her stunning beauty, Bhaskar falls in love with her, but he finds them to be incompatible since he is an average working man, while she is supposedly among the richest people around. To his astonishment, she reciprocates his feelings because she admires his confidence in voicing out his opinion to her unlike what she expects of him. They may be polar opposites, but love can conquer all! 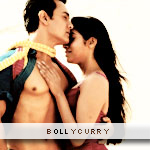 Next in line is the psychological love story of 2008, Ghajini. Sanjay Singhania (Aamir Khan) is shown to be an influential and internationally recognized businessman, while Kalpana (Asin Thottumkal) is a struggling model. While he believes in firmly setting up visions and living up to his high-profile life, she lives her life like there is no tomorrow,  freely dancing on the streets and openly giving a helping hand to any person in need. Kalpana's traits of being humble and generous to everyone is what attracts Sanjay to her. And so, it does not take him long to fall in love with that attitude, perhaps because he is fascinated by someone who sees life so differently from him. 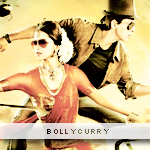 2013 gave us another movie along the tracks of hardcore contradiction. Bringing back the much-talked about differences between North and South India, Rahul (Shah Rukh Khan), a Punjabi munda, and Meenalochni (Deepika Padukone) a Tamil kanyakumari, showcase extreme hatred in the beginning of Chennai Express. However, as time passes and Rahul spends a few days in a completely different environment to what he is used to, he realises that change isn't so bad after all. Despite dreaming about marrying a Westernized girl since his youth, he falls in love with a traditional Tamil girl not only because of her beauty, but also because she brings positive reform into his life. This bolsters his courage and allows him to fight for her freedom, and their love - a trait he never possessed until she happened. 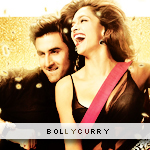 Kabir Thappar aka Bunny (Ranbir Kapoor) is the complete reverse of Naina Talwar (Deepika Padukone) in the smashhit flick Yeh Jawaani Hai Deewani. Naina is a shy and nervous girl who keeps distance from any and all sorts of social gatherings, while boisterous Bunny is the life of the party. He listens to and follows his dreams, to any and all extents. Through his happy-go-lucky avatar he teaches Naina how to laugh, and more importantly, how to love. From being a silent observer, she becomes the epitome of elegance and stands the confidence to debate for hours against Bunny himself, showing that while they may have different mindsets, neither is wrong. And sometimes these differences can be what is most beautiful about a person and their relationship.
Dilwale Dulhaniya Le Jayenge, Jab We Met, I Hate Luv Stories, and Hasee Toh Phasee, are among others which also demonstrate a close relationship of opposing characters falling in love. It is not necessary to fall in love with someone who is your opposite, but it's worth it for those who manage to make it happen with a soulmate who is nothing like themselves. Before bidding adieu, we would like to hear from you about other yin yang love stories you found fascinating, if any!
Writer: Sonia R.
Editors: Aradhna K. and Gunia M.
Graphics: Shikha A.
Do you have a suggestion or comment for BollyCurry? Drop us a PM at BC_Dropbox today.

Aly Goni questions 'what about justice for Sushant Singh ...
9 hours ago