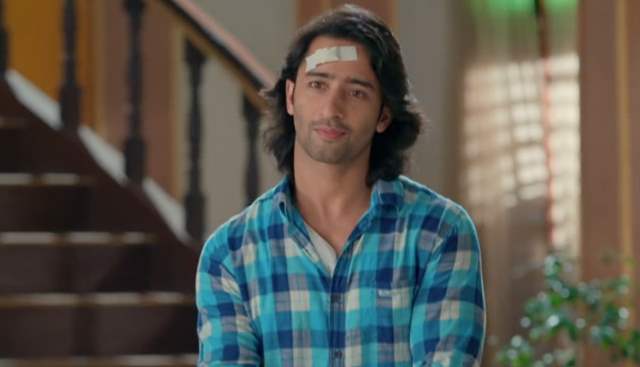 The COVID-19 situation in the country sure has been a worrying cause, however, things have been shooting back to normal, and one of the first things were resuming of shoots. As relaxations were provided by the government and all the concerned artist and producer bodies came to a conclusion regarding the guidelines and compensation, shoots started off last month with Yeh Rishta Kya Kehlata Hai, Yeh Rishtey Hain Pyaar Ke, being the first few shows.

While it is obvious for anyone to be nervous about shooting amid the ongoing situation, actors got back on the sets and went on about the shoots. Talking about it, Shaheer Sheikh went on to say how it was initially difficult but it all eased down gradually. He said, "Wearing a mask, sanitizing and washing hands is quite a tedious task. It’s a process and doing that every day can be exhausting. Honestly, I was a little scared of resuming shooting in the pandemic. But, eventually, we had to do it one day. But after I started working on the sets, I felt comfortable how the production house took care of everything. I felt quite safe and after a few days we all got used to it.'' In addition, he said how they are ensuring social distancing and he consciously asks someone to move away if they are close.

Among other things, he also spoke about watching television and seemed to have liked the promos of Anupamaa. Saying some kind words about the show, he also said how a lot of Indian families will relate to it given how the women are taken for granted and that it is not something that happened 50 years back but continues to be prevalent even today.

LiNdASoUmZ 1 months ago Take care Shaheer Sheikh ..you are the real sweetheart 😘

The Kapil Sharma Show: Chandan Prabhakar talks about ...
33 minutes ago

Arjun Bijlani on music video with Reem Shaikh: I feel Ishq ...
an hour ago

They Kept Denying It But Kriti Sanon Was Dating Sushant ...
9 hours ago

'Naagin 5' To Welcome Two New Entries in The Form of Karan ...
15 hours ago
View More
TOP