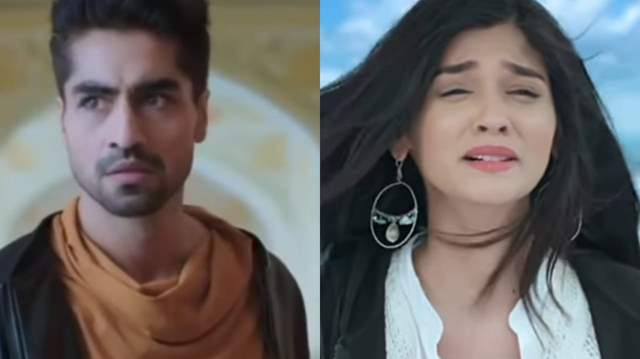 Star Plus show ‘Yeh Rishta Kya Kehlata Hai’ has kept the fans on the edge of the seat. The current track of the show revolves around Abhimanyu connecting with Akshara’s voice and is sure that she is around the musical event. He arrives at Jaipur but Kunal is trying to keep Abhi and Akshu away until Maya wins the competition.

In the upcoming episodes, Abhi reaches at Akshu’s room’s door and is about to open the same. Akshu is in the washroom and couldn’t hear Abhi. Kunal reaches at the nick of the time and takes Abhi away from there. He further tells Abhi that he treated the patient and sent her to the hospital. They sit for a casual chat but Kunal leaves for a while and tries to give a first aid to Akshara. They both end up in an argument and Akshu states that she will do the first aid herself.

Kunal meets Abhi again and they chat. Abhimanyu asks Kunal about Akshara which leaves him stressed but he denies knowing anything about her. Kairav panics seeing Police near his house. He thinks about calling Akshu. He sees the tickets and thing that he will be saved with the help of the same.

Furthermore, Akshara sings a song that Abhi hears on the radio. He recognizes the voice and reaches at the radio station. He runs behind Akshara’s car taking her name. Akshu also feels Abhi’s presence nearby.

Bhagya333 2 months ago Harshad chopda the actor acing it 💥