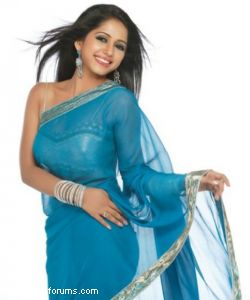 After rumour mills broke the news about Ashish Sharma who plays Chandraguta Maurya leaving the show, its Yashashri Masurkar who plays the character of Mrignayni, the Princess of Takshila who has put her foot down and is quitting the show.

Yashashri has informed the production house about her decision.

A source informs us, "Yashashri is unhappy with the way her track has shaped up and hence she gave a notice. She was told that she will be playing the lead which requires full time commitment but once she started shooting, the reality was completely opposite. There wasn't enough for her to do and Yashashri surely wanted an exciting role that is challenging for her as an actress."

We tried calling Yashashri but she remained unavailable for a comment.

We also hear that Yashashri is looking for new avenues to explore as far as acting is concerned.

_faraway_ 8 years ago YashuLooking forward to get good news on
your come back and missing you so much
and all the best.

_Rabiya_ 8 years ago Yashu love you and come back to hindi show...

Sanaya-hi-Rani 8 years ago hey yashu dear come back soon for our sake...love you dear

Maneesha_Shanak 8 years ago yashashri come back soon...missing u so much dear...

lola2007 8 years ago Thank Goodness she quit. Everything happens for a reason. So, may be she was destined for something better, even if it is taking a little longer for her comeback, she will get her talent's worth.

Bigg Boss 14: Prince Narula to enter the show with Sidharth ...
31 seconds ago

Bigg Boss 14: Here's why Gia Manek will NOT enter the show
23 minutes ago

Ishq Subhan Allah Bids adieu after a successful run of two ...
25 minutes ago