Zee’s Ghar Ki Lakshmi Betiyaan will have twists galore in the upcoming episodes. In addition to 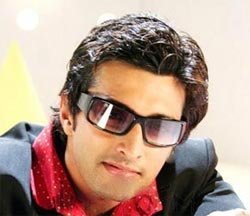 Romit’s character turning grey, there is a new entrant in the show who has come to marry one of the daughters of the Garodia family. And the actor playing the role is Yash Pandit of Balaji camp.

“I essay the role of Siddharth who enters the Garodia family with a proposal to marry Gauri (Aleeza Khan), but I end up falling for Jhumki (Soni Singh)”, says Yash.

Yash who was earlier seen as Lakshya in Kyunki Saas Bhi Kabhi Bahi Thi took this role as he had a gut feeling that this character will be liked by the audience. “The show is doing well and last but not the least, it is just a cameo lasting for a month or so”, adds the actor.

So is Balaji fine with you taking up other shows? “Yes, they gave me the nod, and only then did I accept this role”, he verbalizes.

Our khabroo from the production house quips, “This decision of Siddharth to marry Jhumki shocks the entire family, but they are happy that at least Jhumki will get settled in life. But, Jhumki tells the whole family that she will marry him only if he is told about her past life”.

“But the twist happens when Menaka lies to the groom and his family, and this creates problems later on”, concludes our source.

Will Jhumki and Siddharth tie the knot? This is something you have to wait and watch…

l0vey 11 years ago i like having weddings in this show.. it makes things seem a bit more calm.. when actually, things get worse. lol my favorite would be when saraswati got married to bhav.. and laxmi & satyakaam were falling in lovee <33 miss him sooo much. lol

anyways, i feel sorry for gauri.. that girl keeps getting rejected. i guess this will be her 2nd rejection? i hope there won''t be a fight amongst the sisters..