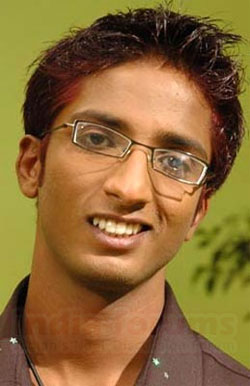 Amit Sana who lost to Abhijeet Sawant in the finals of ‘Indian Idol 1’ is back with a new album 'Yaadein'. The Bhillai boy says he wants to concentrate on his album and then he will think of playback in a real way. Let’s read what Amit has to say about his album and other things.

Q. First of all, we will like to know about the album.....
A. The name of the album is 'Yaadein'. The music and lyrics have been given by different musicians and lyricists. The album is very romantic, I feel. It has eight songs out of which five are original and three are remixes. It has all moods of love. One song in the album is a little Arabic. I feel the youngsters will be able to relate to the songs.

Q. What is the theme of your album? Going by the glimpses of the video it looks a little sad.....
A. (Stresses) No, it is not sad at all. It is more on the emotional side. It deals with the relation of the boy and girl on the emotional side when they miss each other, the songs deal with the different aspects of love not only the sad part.

Q. The video of your album looks classy; we will like to know who is behind it and what was your thought process while deciding on this type of video?
A. There was a song of Enrique Iglesias, 'Somebody's me' that came recently, I listen to him a lot and we were planning to make a video with a Latin look because my skin tone is dark. We were planning a similar look for our video and the mood of this song. 'Yaadein' matched and we made this video. The video is directed by Raj Pindulkar. We had many ideas, but finalized this concept.

Q. Will you like to tell us about the songs of the album?
A. As I said, the album has eight songs of which five are original and the other three are remixes of the originals.. 'Yaadein' with music by Sufian and lyrics by Hanif Sheikh has a painful feeling.'Woh ho Tum' depicts a healthy relationship where they are missing each other. 'Khalish' deals with misunderstanding, where both the boy and girl are missing each other. The fourth song has an element of 'Masti' where they tease each other. This has a little flavor of Arabic and here the boy sees the girl in her college or school, but when he comes home then also he sees her everywhere.

Q. What do you think is the reason that the benefits reaped by the three the finalists of first ‘Indian Idol’ got is more than that of the winners of ‘Indian Idol- 2 and 3’ ?
A. This year the response has been very good and everybody is getting benefited. I would say that ‘Indian Idol’ had started that year and every body was eager and there was a lot of suspense but after that many shows on the same pattern came and the excitement level of the audiences died down as all the shows were following almost the same format and there was no freshness. And it is always said that the first one makes a special impact and is not comparable.

Q. What do you say about ‘Asian Idol’? Was Abhijeet Sawant's choice correct?
A. See, ‘Asian Idol’ was a program where all the winners from different Asian countries were invited to participate. Here they had planned a competition between the three winners of ‘Indian Idol’, but some how the competition could not be held due to date problems. So, they send the first winner Abhijeet.

Q. Which song from your collection do you consider to be the best?
A. It is difficult to say because there are many and every song I sing is close to my heart. I would say 'Yaadein' from my album and the song that will come after that. The song in 'Kalyug' was also successful.

Q. Name one song….
A. Then I would say ‘Yaadein’ from this album. I consider it to be the best amongst the songs sung by me.

Q. What is happening with your playback singing these days?
A. I sang in a few films like 'Kalyug' and 'Delhi Heights'. I have sung in the film 'Ek Tha Deewana.' Madhavan and Dino Morea are in the film. I am not sure about it. The real thing is that I am concentrating on my album as I want people to know my strengths and what I can sing and what suits my voice.

Q. What, according to you, is the reason that listeners should buy your album?
A. I had said many things during 'Indian idol' and my brother had also said so. I think to know how much I have been able to fulfill those, they should buy one copy of my album . I have tried to give my best. My attempt is to give something really good to my listeners. I have made songs that people will like to listen to at least 100 times and songs that they will relate to. I am saying I have tried because at last all depends on the listeners whether they like it or not but I will say I have enjoyed composing and they are close to my heart. I feel people should buy the album to try it out at least.

Q. When is the launch of your album?
A. The date is not fixed till now, but probably we will launch it on January 17.