The second month of the year was literally second to the first one. While, 'bad news' is never heartening, where January witnessed the untimely demise of one of tinsel town's directors; this month, fortunately, had none. But then there were quite a few prominent entries and exits, shocking relationship confessions, grave injuries, four engagements and two major shows going on-air.

Here we go again with a small compilation of what transpired this month. There were quite a few prominent entries in top shows this month. The exits compared to the entries were very less but key ones.

Not one but three actors from one of Star Plus' successful ventures Saath Nibhana Saathiya put in their papers this month which included Pratap Hada aka Samar, Upekha Jain aka Monica and Lovey Sasan aka Paridhi. Team-leader, Karan Kundra bade a tearful goodbye to the Roadies franchise and lead, Ekta Kaul decided to quit Mere Angne Mein. Ankit Bhatla and Sheena Bajaj, who who re-entered a while ago decided to quit Thapki Pyaar Ki AGAIN. Finally, actor Gaurav Wadhwa also made a quick yet impactful exit from Yeh Hai Mohabbatein. Well, honestly we'll just miss one out of the three shows that went off air this month. Queens Hai Hum was a loose adaptation of Sex And The City and launched only recently. However, the show ever grabbed eyeballs and hence the fate was sealed. Zee TV's Brahmarakshas, the then TRP topper finally went off-air as it was supposed to be a finite series. And the show that we are going to be missing the most is was Life OK's sleeper success comedy Bahu Humari Rajni_kant. The light hearted comedy show was pulled off- air this month after exactly a year. Atleast we are thankful to the makers for not unnecessarily dragging the show and ruining its essence. This month turned out to be rather 'painful' for these actors. Kumkum Bhagya actress Shikha Singh's injury resurfaced and the actress' hand is all bundled up in bandages. Salil Ankola hurt himself while on the sets of his show Karmphaldata Shani when one of the characters' sphere slipped and fell on him.  Karan Wahi had to get his palm stitched up and guess what, he was least bit perturbed by seeing those stitches. And actress Soumya Tandon suffered a bad fall while learning to skii abroad thus enduring a ligament tear. There was nothing much on the dating front except for one major revelation, where Yeh Rishta Kya Kehlata Hai's Mohsin Khan and Shivangi Joshi aka KaIra confessed to being smitten by each other. And another couple who never really came out in the open but did so, this Valentine's Day was actor Dhruv Bhandari and choreographer Shruti Merchant. Not one, but four couples cemented their respective relationships and got engaged. From Manish Naggdev-Srishty Rode and Annie Gill-Suraj Jotwani to Keith Sequeira- Rochelle Maria Rao to Mansi Sharma-Yuvraj Hans; we wish them, Congratulations! Actress Shireena Sambhyal who was last seen in Ishqbaaaz opposite Kunal Jaisingh tied the knot with her boyfriend Vishnu Rao while Kayamath fame Panchi Bora tied the knot secretly with a non-industry person Jaydeep apart from actor Amit Dolawat got hitched to his long time girlfriend Cheshta Sharma. Congratulations Again! 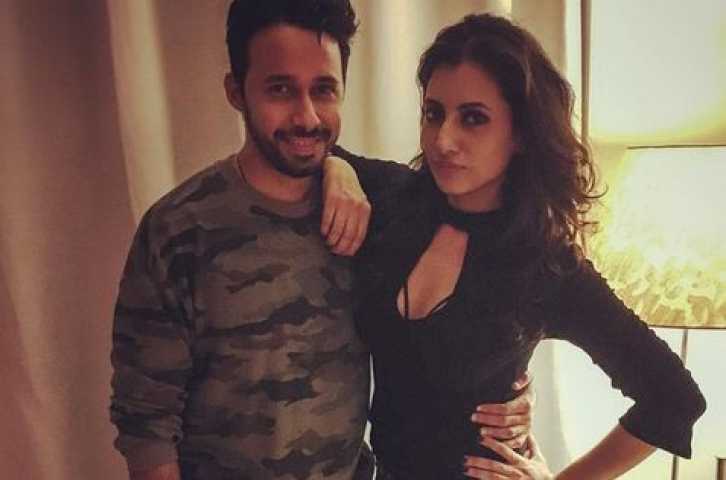 Actress Additi Gupta who is currently seen playing the conniving Sanjana in Star Plus' Pardes Mein Hai Mera Dil broke up with her long time boyfriend Rizwan Bachav. The reason for their break up is unknown, but a few media sections claim that Aditi's closeness to her Pardes... co-star Laksh Lalwani is what drove a wedge between the former couple.

Also, in an extreme situation of sorts, TV Czarina Ekta Kapoor banned the media from visiting the sets of any of her shows for segments and spoilers.

We really really have nothing to say about how February passed. We just hope March turns out to be better.

lovebluez 3 years ago Love how Surbhi Jyoti experiments with her roles! Humaira97 3 years ago Sheena and Ankit, all the best for your career ..
Thapki...Pyaar Ki
Manish Goplani and Jigyasa Singh

lovebluez 3 years ago Keep rockng with your awesomeness Surbhi Jyoti !! .Biggi. 3 years ago Shrenu Parikh and Kunal Jaisingh are rocking as OmGauri in Dil Bole Oberoi...

rajnikant123 3 years ago Helly shah u rock as Devanshi..luv u helluu

Kar_Nan 3 years ago Thapki...Pyaar Ki rocks due Manish Goplani n Jigyasa Singh. Till they r there, I will the show. The entry and exit of other stars do not matter to me

Promo Review: 'The Gone Game' Might Just Be a Gamechanger in ...
59 minutes ago