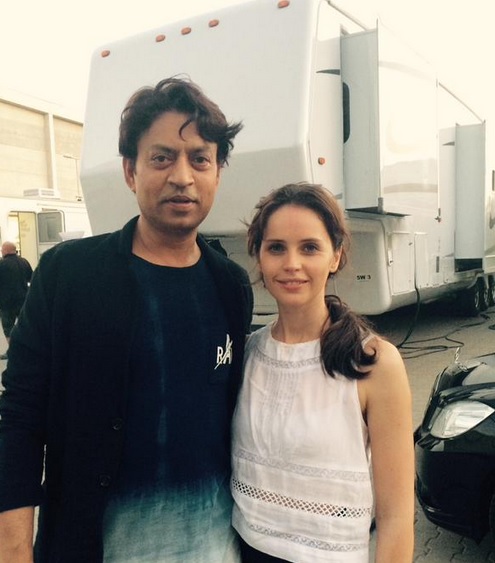 Irrfan Khan has wrapped up the shoot for his next Hollywood flick, Inferno. Irrfan has always done justice to his roles, be it Bollywood or Hollywood!

Recently Irrfan was seen in the 4th installment of Jurassic Park, titled Jurassic World. He played the role of Simone Masrani, owner of the Jurassic Park (world) after Hammond died.

Irrfan used twitter to share news about Inferno's shoot. He posted a picture of him with Felicity Jones with a caption "It's a wrap time #InfernoMovie last day with FelicityJones".

Inferno is a story of Robert Langdon (Tom Hanks) who awakens in a hospital room in Florence, Italy, with no memory of what has occurred for the last few days. He then teams up with the doctor Sienna Brooks (Felicity Jones), to help him recover.

The film is slated to release in October 2016.