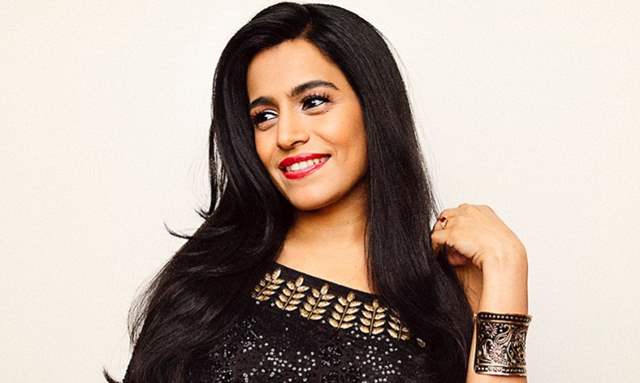 Music cuts across cultures and is the biggest unifier of sorts. Dedicated towards the hard work of musicians around the globe, 21 June is celebrated as World Music Day. Popular Grammy-nominated singer, Falguni Shah famous as Falu is an internationally recognised singer known for her rare ability to blend a signature modern inventive style with a formidable Indian classically-shaped vocal talent.

On this World Music Day we got in touch with the much-talented singer, Falguni Shah. Here are the excerpts from the conversation that we had with her…

How did you begin your musical journey?

My musical journey began when I was three years old. My mom was a musician and sensed my love for singing so she put me in music class. At six years of age, I had a serious bike accident and was hospitalized. The pain was so excruciating that my mom suggested I should sing to cope up with my pain. I started singing then and haven't stopped since. I was fortunate to study with legends like Kaumudi Munshi, Uday Mazumdar, Ustad Sultan Khan, and Kishori Amonkar. In the early 2000s, I came to the US to study composition and songwriting along with Guitar and Piano which was followed by a myriad of collaborations with many artists from different genres from Hip Hop, Western Classical, Latin, Pop, Rock, to Dance music.

What are the challenges that you faced in your way to success?

Being a trained Indian Classical minority female singers in the US was really hard. Everyone I went to rejected me and told me I wouldn't have a big enough audience as I come from a small minority community and thus can't fill in venues. So I decided to find my own audience and started building a following. I juggled to make ends meet doing odd jobs and commuting long hours in order to find promoters who would showcase Indian music. But one thing led to another, and I started meeting the right people at the right time which jump-started my journey.

Who is your inspiration?

Bono, A.R Rahman, R.D Burman, Gulzar, Javed Akhtar and now the actor Aamir Khan who continues to inspire me by bringing his social justice work to the cinema. I am trying to do the same thing musically in the US and would love to do that in India.

I'm working on writing music for both adults and children right now. We will see where it goes, but it will definitely draw from both American Pop/Rock and Indian Classical music.

Lastly, a message for our readers

Dream big and never give up!

We wish her immense luck and success for all her journey ahead.

GOT7 In The Top 5 of World Albums & World Digital Song Sales Charts ...