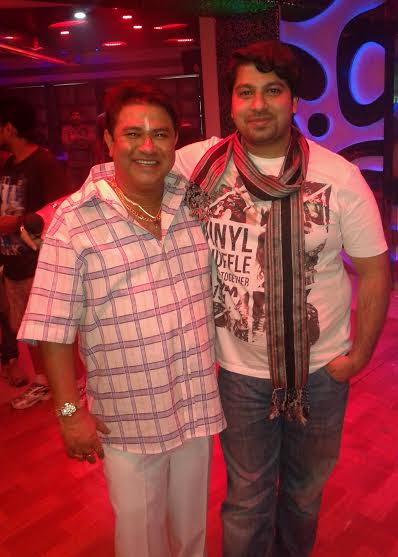 Talented actor Asheish Roy, who is winning accolades for his performance in Disney's Goldie Ahuja - Matric Pass is all set to add a feather in his cap.

While he has acted in many TV shows and films, Ashiesh looks excited for his new film Barkha. He talks about the same with us...
"A lot of films are portrayed of being different without really being so. But the story of Barkhaa is really different. Even though it is a love story, it's a different kind of a love story," explains Ashiesh.
Speaking about his character in the film, Ashiesh says that he plays a bar-owner named Anna, who appears to be a no-nonsense man, but has a golden heart. "My character plays an essential part in Sara's journey. He has a special affinity towards Sara, who he treats like a daughter. We shot in some authentic dance bars with real bar dancers, and those scenes are the highlight of the film. In one of those scenes, I got to tell the background of these bar dancers, and I absolutely love my dialogue, Yeh bazaar mein khadi zaroor hain, par yeh bazaaroo nahin hain!"
Ashiesh gives all the credit for his serious performance to his debutant director Shadaab Mirza. "Shadaab had a clear vision of what this character looked like, dressed like and spoke like. And he kept a strong leash on my comic streak, which I'm really grateful for. The result is good, and my character has come out well."
His experience working with Sara and Tahaa has been a real delight, "Mainly because in spite of being the lead pair of the film, both had absolutely no airs about them. In fact, Tahaa and I would break into impromptu jigs every time we shot in a dance bar, much to the delight of the crew. After working with A-listers like Emraan Hashmi, Pareshji (Paresh Rawal)and Kay Kay Menon in my debut film, working with relative newcomers was a refreshing change!"
We wish Asheish Roy luck for his future endeavors!
Phalguni Sharma