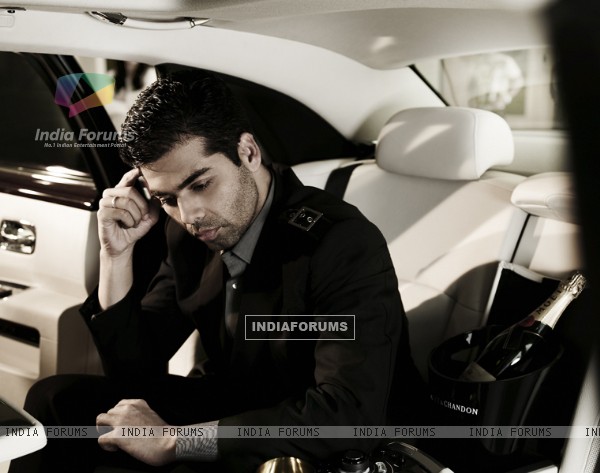 "Brainlessness" and "a lie from beginning to end" are some of the words used by critics to describe Karan Johar's 2012 directorial "Student of the Year", but the filmmaker says he has no regrets making it.

He said the movie, which gave the film industry new faces like Sidharth Malhotra, Varun Dhawan and Alia Bhatt, was made to attract the teenaged audience.

"I felt like teenagers didn't know my work. So, I made 'Student...'. I wanted to make a film with good looking people, songs and glamour. I had to make cycling and swimming look good. I don't claim to be the ambassador of reality. I had fun doing 'Student...'," said Karan Johar, who made his directorial debut with college-based film "Kuch Kuch Hota Hai" in 1998.

"I won't regret making it. I had the best time with these three kids (actors). I didn't want them to be perfect. Rawness has its own appeal. The film is their weakest performance and I feel proud when people tell me that they were better in other films," he said during a session titled "An afternoon at Film Bazaar with Rajeev Masand" on the final day of Film Bazaar here Monday.

He said he wants the three actors to "fly" and work with other filmmakers.

"I told Imtiaz that Alia can act. Don't go by my film. Just talk to her once. When she got the script, she told me that she is on every page of the script. I told her to accept it," he said.

Karan Johar also said his relationship with the three actors was "emotional and not just contractual".