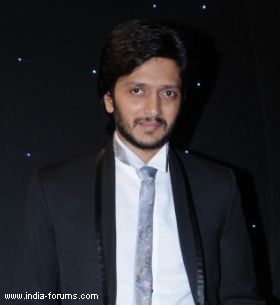 When it comes to genre, actor-producer Riteish Deshmukh feels that he has nothing more to offer to sex comedies post the grand success of "Grand Masti", and therefore he won't accept an offer with a similar script.

"I enjoyed doing 'Grand Masti' and before its release I said that I don't think I can offer anything more as an actor in this genre. It was a bold film and I am glad the film worked and crossed Rs.100 crore mark," said Riteish in a group interview.

"Now I don't have any such script, but if I get a similar script, I will not do it. We have crossed all the boundaries with the film," he added.

"Humshakals", directed by Sajid Khan is coming out Friday, while Mohit Suri's directorial venture "Ek Villain" will be released June 27.

The actor says there's a risk involved when two films from two different genres come out at a very short interval, but smart marketing sorted it out.

"As an actor it's exciting. In 'Ek Villain', it is a very different role. The biggest fear was this film is coming with 'Humshakals', so will the audience accept me? But the publicity has been done smartly," Riteish said.

"To pull off 'Humshakals' was more difficult than pulling off 'Ek Villain' because physically it's more challenging. Mentally 'Ek Villain' was hard work because there are lots of layers in it. It has been a great experience," he added