The so-called International Women's Day has just gone by but on Indian Television where women rule, the day is celebrated each day of the year and that is just what these prominent women producers say as they talk about their shows and themselves.

Since they are not into celebrating one day for women we talk to them after the Women's Day and find out how they contribute towards the portrayal of women on Indian Television. 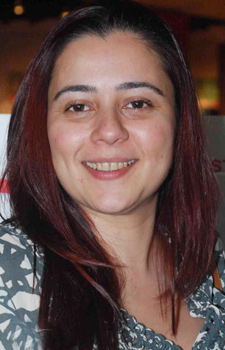 
"What is there to celebrate for one day? I don't get the point and feel that we should keep 8th April as International Men's Day so that men understand how it is to feel and to celebrate men's day for a day! (laughs).

As a producer my experiences in life will always reflect in my shows. I think that is the reason I am sensitive and caring when it comes to all the female characters in my shows. I will always treat them with sympathy, understanding since they are a reflection of ourselves in the show. In my shows at least all of them reflect my reality like Saachi in Sony TV's Kehta Hai Dil... Jee Le Zara repairs a car, runs a business while is confused and perfect at the same time, makes mistakes and is so much like me in real life. Even on the sets everyone keeps on telling me that Saachi is very much like you." 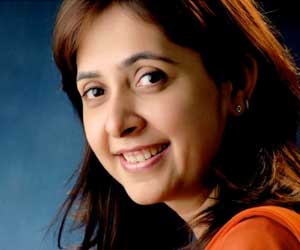 
"For me every day is Women's Day and Mother's Day. I think this is a western concept and I am an Indian at heart so not much of a Woman's day person. I am not enthusiastic for parties and all too.

Working with my husband Jay Mehta, I look after the creatives, marketing, PR and right from the story's concept, vision, story line, everything creative. In our shows I don't like to show unnecessary regression and domestic violence so we have always had positive shows. One of our earlier show Solaah Singgar was about widow remarriage and now in Sony TV's Ek Nayi Pehchaan is about educating a woman. So we contribute in such a way that we want to show that life can began even at 50. We try to have original shows which have emotions rooted and are aspirational." 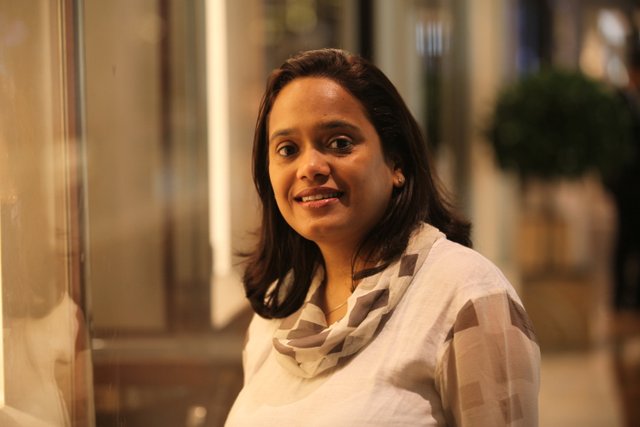 
"I don't believe in the concept of having a Women's Day since on TV we celebrate it all 365 days so that is every day of the year.

As a co-producer with my husband Sumeet Mittal, I creatively handle all the shows since I was a writer earlier and I take care of the stories and characters. On all our shows we try to show that women is inspiring in any and all of her roles whether she is a mother, wife, daughter, etc., and she is the Shakti (force) which keeps everyone going. I think people relate to all our shows and thus they watch it. Punar Vivah was about a divorcee who gets into remarriage which is a big taboo in our society and we showed how we can tackle it. In Star Plus' Diya Aur Baati Hum we have a girl who wants to study further after marriage which is so difficult since she has married in a conservative family and her husband too is not literate so no one encourages her but she still strives hard to achieve her goals. In Tumhari Paakhi on Life OK we have a wife who is fighting for her rights without getting scared of the circumstances." 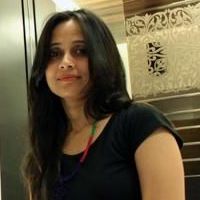 "Doesn't it sound like 'Save the Tiger day!' It is weird to be thought of a rare species and given one day to celebrate so I am not much of a Women's Day person.

I am the creative director and co-producer along with my husband Yash Patnaik in Beyond Dreams Productions. I head the creative team in the company and as a woman I try to first get the right concept which will be liked by our target audience, the majority of which is women. So to understand women is my main focus. For me the characters, the graph, the storyline, everything has to be real as well as dramatic and they should connect emotionally with the audience.

In all our shows we try to portray a real woman who will find an immediate connect with the audience. Like for example in Sadda Haq on Channel V we have taken up a crucial issue where our heroine is from a conservative family who is expected to get married after a certain age but she has aspirations and knows that she can be a good mechanical engineer so she chases her dreams. But at the same time she is rooted, grounded and cares for her family which we found is true  in many cases when we spoke to people across all spectrum like kids and teenagers and young adults who said we love our family. This girl is trying to help her father and is waiting for that day when her father will be proud of her and say that she is not my daughter but more like a son!" 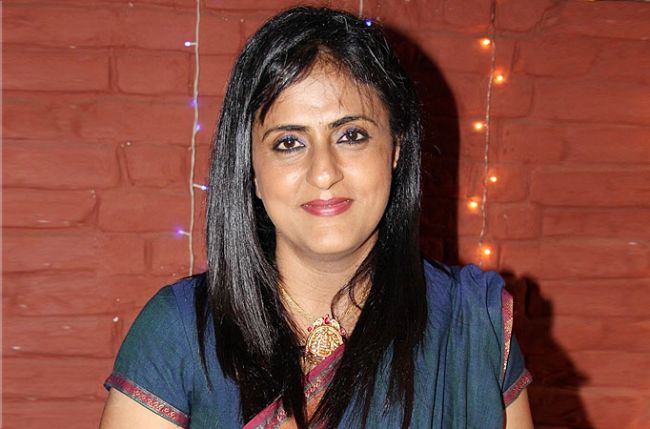 "I don't much like the idea of celebrating Women's Day but for some women it is better to have it one day than never but I would like it if it is celebrated every day. As a writer I try to relate to every woman from our day to day life who are working at home and in office too. Earlier women would only do work at home but now since she has started working outside, she has to work at home and at office so it is double responsibility and for such women it is a special day.

As a co-producer with my husband Raj Shetty, and as a Creative Director I look after the entire creative process like scripting, costume, look, performance and am a hands on producer in these departments. Since TV is a women's medium, I try to give all our shows a women's perspective and talk about emotions of women. I think all our shows pretty much portray the reality of women but we also dramatize it to a certain extent so as to entertain the audience while giving away a subtle message on women issues like dealing with an atrocious husband or in-laws or society in general. Basically, we are set to achieve that the show keeps the viewers entertained and they come back for more."

anasuya43 6 years ago Shashi Mittal -Shashi Sumeet
Congratatulations for give us serial like Tumhari Paakhi.i can express my views on this serial lot.but in a short it is based on story and the way it is depicted in the serial excellent...
I am watching from the beginning tight scrict very good direction with very good acting by the artists.

The way Paakhi character shown as brave self confidence,self respect loving,caring understanding hats to you.
Congrats to dialogues writer...for their meaningful and witty dialogues


It is most delightful to watch this serial

LadyZaib 6 years ago tumhari pakhi is awesome so fresh..have not seen anything like this on tv

Bristylovemouni 6 years ago Mamta YP Mam Plz Bring our #Mithvi or #Adni ,back , Plz plz plz Bring Aditya and Mouni Back in a serial plz plz

nikki.171 6 years ago It was lovely to read the ideas of the women behind the screens and how wonderful that they work with their husbands, side by side. Best of Luck to u ladies!
Love Tumhaari Paakhi.

chandradg 6 years ago saada haq nd if i am not mistaken den even Main na bhulungi belongs to beyond dream prod nd both d shows r super.