Link up rumours between two leading co-stars is something that we all are accustomed to reading all the time. But what if these rumours suggest that something is brewing between two actors who do not star opposite each other but play mother and son (remember Ankit Gera and Monika Singh from Sapne Suhane Ladakpan Ke) on-screen?

However, here, we are referring to Star Bharat's Mayavi Maling actors Harshad Arora and Aparna Kumar.

As per reports in Bombay Times, Harshad and Aparna are more than just 'good friends' and that they share a very close bond. The report stated how the actors share the same vanity van, wait for the other to complete their respective shoots and even come and leave the sets together.

When the daily contacted Aparna and Harshad, they denied the news.

Harshad, seeming unfazed by the rumours, was quoted as saying that they do share a great bond as they have a majority of scenes together. He also added that he was used to such rumours as he has been in the past, linked up with his other co-stars as well.

Aparna however, was more forthcoming on her bond with Harshad. Revealing that he had helped her in the past with her Hindi diction, she said that their Delhi connect and love for food is the reason for their bond. However, she did confess that they are indeed extremely close and that nothing is brewing between the two. 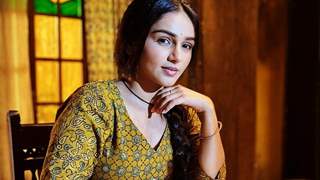 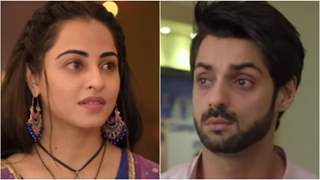