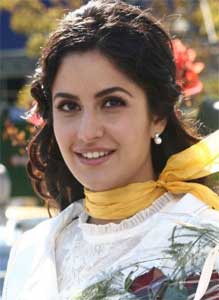 Katrina's mom has always in news for doing charity and now she has opened an orphanage in Chennai named Susanna's orphanage to support orphaned kids. Katrina is not behind her mother when it comes to working for charity. The actress has decided to auction some of her film costumes, accessories and personal items to help raise money in order to build a parental care centre.


Katrina has confirms the auction and stated that she will be aiding her mother in raising a minimum of Rs 50 lakh for the orphanage.


There will be no dearth of bidders since Katrina has a huge fan following as Katrina has been named the sexiest woman is Bollywood by her loyal fans. Keep this title in mind, selling Katrina's person belonging is expected to motivate not only her fans but also others to come out and help the orphaned kids. The auction is said to happen very soon.


So do u wish to bid? Wonder what Salman has to say? Or will he be the highest bidder!
Featured Video