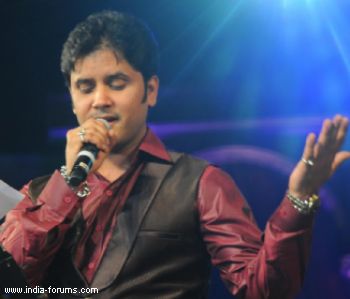 A big fan of Ghulam Ali, singer Javed Ali, known for the hit song "Jashn-e-bahaaraan", is confident that ghazals will not die a silent death. He is all set to release his debut ghazal album.

"I will make a ghazal album. I have a taste for ghazals and I like them. Within a few months, I will release one," Ali told IANS.

Talking about the fading away of ghazals with the demise of Mehdi Hassan and Jagjit Singh, he said that nowadays there are "upbeat songs" as people want to make "the audiences sing and dance with them immediately".

"Ghazals have a different audience and I know that the era of ghazals will come back for sure," he added saying he also wanted to be a ghazal singer.

"When when I was young, I used to listen to his (Ghulam Ali) ghazals. I used to think that I will become like him one day. But then I came into the film industry, I got the concept of world music. I have sung all kinds of songs - be it ghazals, qawwalis, romantic numbers or peppy numbers," he said.

Ali came into the industry almost 10 years ago and has given some hit numbers like 'Ek din teri raahon mein' from "Naqaab" and "Guzaarish" from "Ghajini".

He agrees that music has changed over the years and that he welcomes flexibility in people's attitude.

"I feel that melody, style of singing has changed. 10 years ago, when I was new, people used to always ask, 'Do you sing like someone?'. Nowadays, they want to see new things. This is very good. Everyone has their own individuality and it is important that it comes out," he said.

His next is Sony Mix's "MIX Solos", which endeavours to bring people closer to music. The idea is to show a a 30-90 seconds clip featuring a singer singing unplugged version of his song and sharing story about its making.

Ali believes in the show and said: "I am happy that there is one channel which makes people realise how many people's efforts go behind a song. People will get to know stories and develop an interest for music," he said.

For isntance, there is an anecdote behind Kishore Kumar's song "Khaike paan Banaras wala", said Ali and added: "We know that Kishore da sung the song while chewing paan."

Anecdotes arouse interest, feels Ali. "When we listen to the song, we are able to relate to it. Our songs also have stories, when it will come in front of people, they will like it and remember the song."

It is often said that today's songs have less shelf life and Ali blames the volume.

"Earlier, one song used to be recorded in a month and now 30 songs get recorded. How many can you even remember? The frequency has increased. It is the age of sound. Songs are played on sound," he said.

Ashnoor Kaur shooting in Chandigarh for her upcoming music album!