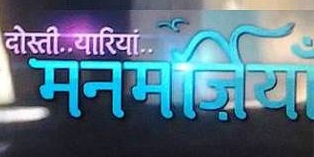 Swastik Productions latest venture Dosti.. Yariyaan.. Manmarzian on Star Plus is in a danger zone. Yes, the show that came up with the story line of two independent girls Radhika (Monica Sehgal) and Samaira (Kashmira Irani) is not doing well on the ratings chart.

So is it the end of the lovable show Dosti.. Yariyaan.. Manmarzian?

No wait! The makers and channel have still not locked their decision about the show.

Our credible source informs us, "The low ratings of the show have brought the show into limelight but the channel and makers have not yet decided to call of the journey.  There is a possibility that the show maybe shifted to a different time slot."

On the same, Kashmira Irani aka Samaira avers, "I am clueless about the development and we as actors really don't give importance to such news.  Instead we give our best and work hard towards our show. I am inclined to live in present so what happens next is really something I can't comment on."

When we contacted the producer Siddharth Tewary, he did not revert to our message.

Indeed Manmarzian is a show which has taken a leap from the run of the mill saas bahu sagas.  But will it be able to sustain itself?  What do our viewers have to say?

5 years ago Show should not end,, like posted above Manmarzian is a show which has taken a leap from the run of the mill saas bahu sagas. it is freshing and I am loving it.

5 years ago indeed dis has happen some or the other day n I'm glad its ending bcoz I found dis serial is meaningless on d name of frnship!!
*how can a girl(R) marry her bestfrnd(S) lover(A)?
*how can dis help Sam to know abt d truth of arjun?
*what kinda msg does d show pass to d viwers?
*d show came up with tag it is diff from routine show N I really wonder in wat sense dey came up?
*A girl n a boy can never b frns forever ?
*d worst part is y always a angry young man fall 4 a small town girl ?
*does d show encourage women of today's generation ?( at last dey r up to show Sam as vamp )
dey r many questions to arise!

5 years ago How can u end the show like that? Ending it won't solve the trp problem! Better introduce sum new track to increase the trps!!!

5 years ago anyway it's not a sudden decision by star plus to get shocked.. sp never encouraged shows with low TRPs..They ended shows with TRPs above 1.. Then how can they allow a show with 0.7 TRPs..The way they r fast tracking everything itself is a clear hint that show is ending..gul show, balaji show and some other shows are waiting for time slot.. star plus gave time to swastic productions to end this show on a good note..

+ 6
5 years ago This was bound to happen. When they sidelined arjun-samaira pair and introduced dull and expressionless ardhika this day was gonna come for sure ! Arjun and samira had spark. Since day 1. ... Bonzo and fire scene. The dance ... They complimented each other. While monica even after all these months could make zero improvement. The only way to turn the table is to get samaira and arjun together. Marriage drama whatever ardhika womt be able to do much. Thats for sure. Even aham doesnt look easy while acting with monica. While during scenes with kashmira he spoke with his eyes. No words needed. And such ending news is not at all surprising

5 years ago No, SP. Plz don't end the show. We kindly req. u. This is so unfair. End those never ending shows running fom a long time. Pls dare to give these new shows sometime to pick up, instead of replacing new shows with new shows. This show needs great promotions. Few shows get many promos when they actually don't need any.This show needs a proper early timeslot which it deserves and fair treatment from chl, PH and TRP audience. Also, give atleast 3 fair repeating timings. This is truly unfair. Manmarziyan is like a breathe of fresh air and interesting tracks r yet to come. It has all great characters and astonishing good actors portraying them.
Monica Sehgal, Aham Sharma, Kashmira Irani, Shravan Reddy and all the supporting cast and crew are doing their best, along with amazing dialogues, costumes and sets. Plz don't end. Fans love it so much. The charcter Radhika, though fictional, gives takat with her courage, turthfulness, struggles to do anything for her family and friends, to fight against odds. She inspires us and gives us unlimited confidence, courage and strength to abolish evils like Nandini and Saral. She shows us how to love the ppl who r close to her unconditionally. Don't judge it merely on few houses which r used for judging the watching range. U already did it early to shows like NAUC. Don't do it again. IF, plz contact SP and share our fans' views with them. Kindly req. u. Love the show. It is youthful, refreshing, modern, unpredictable, clever, innovative and intriguing. This show is an inspiration for many and well deserves to go on airing than any other show on SP at present time. Period.

5 years ago Plz starplus we beg u dont stop the show.This is the only show with a great concpt..I dnt know why trp is low...Plz friends help manmarizain by see the show on prime time slot...love u ardika..Love u aham and monica

Kritibasu 5 years ago plz plz plz don't end Manmarzian. It's the only show i watch in TV.DYM is a great show. It.'s completely different and thousand time better than other serials. Actually only to support DYM i create the account.Change the telecast timing and plz REPEAT the show in daytime,not morning, and tell the channel to promote the show properly.
i'm definitely sure trp must increase. Only becoz of low trp this amazing show will be called off. It's unfair. Plz guys continue the show.we really love ardhika and wanna see them together for a long time.

5 years ago DYM should go on for along time. Everyone are doing a great job. The serial needs atleast 6 months for people to start following it. SP and PD need to promote the show more.