Now that Karan Johar has confirmed plans for the release of his DOSTANA (the film is all set to arrive on 14th November), it has paved way for a pertinent question to be asked. Will Harman Baweja's VICTORY move ahead in order to avoid a clash with Priyanka starrer DOSTANA?

There are a couple of reasons which lead to this question. 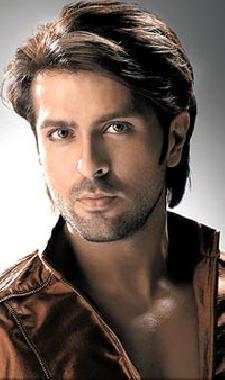 First and foremost being the 'good friendship' being shared between Harman and Priyanka. Frankly, the two 'friends' won't really be looking forward to their own films clashing with each other at the box office. Of course it is a professional world out there but when it comes to the matters of heart, it only makes sense that the respective films of Harman and Priyanka keep a safe distance from each other.

Secondly, and perhaps even more importantly, Bawejas would certainly be looking forward to seriously avoiding yet another LOVE STORY 2050 v/s JAANE TU YA JAANE NAA scenario. They have burnt their fingers already with the much hyped debut launch of Harman getting severely impacted due to presence of some mighty competition which goes by the name of Aamir Khan. Nothing lesser can be expected from Karan Johar who has been known for his marketing acumen.

In fact a couple of years back when KABHI ALVIDA NAA KEHNA had released, even the makers of OMKARA were forced to cry sabotage as it's release was dangerously close to Karan Johar's multi starrer.

There won't be any respite in case of DOSTANA as well which would certainly go all out in it's promotional drive. A feel good comic entertainer, DOSTANA also boasts of good star power comprising of Abhishek Bachchan, John Abraham, Bobby Deol and of course Priyanka Chopra which would only make things difficult for VICTORY. With debutant director Ajit Pal at the helm of affairs and Amrita Rao as the leading lady opposite Harman, on the paper VICTORY certainly doesn't look like posing a challenge to DOSTANA.

Now one looks forward to an official announcement from the Bawejas!