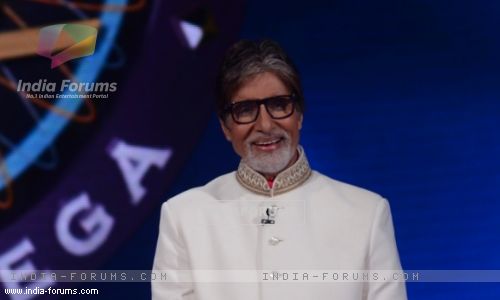 Megastar Amitabh Bachchan struck gold with his reality game show Kaun Banega Crorepati, but his attempt at fiction didn't work well with Yudh. Undeterred by this, Big B says he will try the genre again, hopefully with something breakaway.

Asked what went wrong with "Yudh", Big B said: "People didn't like it, so it didn't work. Just by acting well things don't work. People should like the story. They didn't like that. We will try our hands (at TV) again in future."

Big B says he is still open to try something interesting on TV.

"I'm open to try it if there is something interesting. We did 'Yudh', it didn't work. When we sat down with Anurag (Kashyap), we felt we need to do something breakaway from the current style of serials. I think that will prevail in the times to come. We made an attempt, we will try again and see how it goes," he added.

+ 5
9 years ago She doesn't have a face that is out of the crowd. &gt;.&lt; IMO, that is what you need to be successful in Bollywood apart from talent. But, looking forward to London Paris New York! ;)