New Delhi, March 19 (IANS) Director duo Abbas-Mustan's expertise lies in the genre of suspense thriller and with the next titled 'Race', they carry on with the trend.

Releasing March 21, the thriller has been extensively shot in South Africa. The plot has the makings of a hit. Ranvir (Saif) and Rajiv (Akshaye) are half brothers and they own a huge stud farm in Durban. Their full time job is to breed horses and t

While Ranvir, the elder of the two, is known to be very shrewd and aggressive, his half brother Rajiv is laid-back and a chronic alcoholic.

Ranvir has a personal secretary called Sophia (Katrina Kaif) who is in love with him. However, Ranvir is totally unaware of her feelings and regards her adoration and attention as efficiency.

Instead of Sophia, Ranvir fancies Shaina (Bipasha Basu), an upcoming Indian ramp model in Durban. They share a very beautiful relationship, which is just on the borderline of love.

Shaina becomes a bone of contention between the two brothers. In a twist of fate Shaina marries Rajiv. When she discovers that Rajiv is a chronic alcoholic, her world is shattered.

Ranvir too is disturbed as he has sacrificed his love for his younger brother because Rajiv had promised him that if he married Shaina, he would give up alcohol forever.

Rajiv breaks his promise and the story becomes complicated. In a weak moment Ranvir and Shaina gets intimate and an affair begins between the younger brother's wife and the elder brother.

When the younger brother starts suspecting his wife, hell breaks loose. It leads to mayhem. A point comes where one cannot pick the good from bad.

Amid all this mayhem R.D. starts an intriguing investigation with his brainless bimbo assistant, and the story starts to move at a breakneck speed, full of unexpected twists and turns making the climax of the movie impossible to predict.

Abbas-Mustan's last two releases, 'Naqaab' and '36 China Town', did not do well at the box office. They haven't left any stones unturned to make it a profitable fare this time. 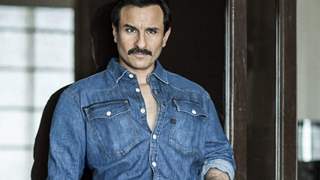 Source reveals how Saif Ali Khan has been consciously choosing ...