Zee’s Ek Se Badhkar Ek is again in the news and this time, it is the wild card entries that have created unrest amongst others!! The show will now have 3 jodis making it into the contest via wild card; the lucky contestants being Aishwarya and Aanchal Dwivedi, Mussarat Abbas(of SRGMP 2007 fame) and Sanober Kabir and above all Abhishek Awasthi with Meenal Jain and not Sumedha Karmahe!

Featured Video
When asked Raja Hassan whether he is happy with the wild cards, the diplomat quips, “Well, it is the channel’s decision and I am happy about it”.

The new entrant Aanchal Dwivedi just cannot believe her luck as she says, “This is a big challenge for me and you will see a different Aanchal here”. On Abhishek being the sole contestant to get back into the contest amidst new faces, the actress quips, “I feel everyone is awesome, but this just shows us that Abhishek is the strongest contestant and he deserves to be back in”.

The popular actress Shayantani Ghosh says, “When I signed for the show, I knew that there will be wild card entries based on the channel’s decision. So I am absolutely fine with it”.

Amidst mixed reactions flowing in from the contestants and judges of the show, a participant on the basis of anonymity speaks out, “I guess the show is about jodis and if they keep a wild card, the jodi should come back. So how can only Abhishek come in while his partner Sumedha is left out? Also what happened to the other eliminated jodis? Does it mean that they were not good enough to get back?”

The furor does not end here as another participant who is ousted from the show says, “I was really sad that nobody raised their voice on how things went wrong. I really felt bad for Sumedha that she is not taken back. When the onus was on Jodis and not individuals, why is it that only Abhishek is brought back?” 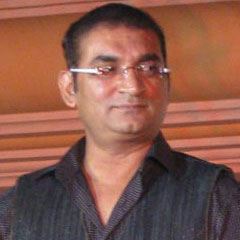 When talked to the esteemed judge Abhijeet Bhattacharya on Abhishek getting back, he quotes, “Abhishek is a deserving candidate who got voted out via SMS and not because of judges. I am glad that he is back”. On questioned why his jodeedar Sumedha was left out, he says, “Frankly speaking, Abhishek is really good at dancing, but Sumedha was very weak in front of him. He really deserved a better partner; so this change is for the good”.

He also feels that it is high time that our own next generation singers be given a platform to showcase their talent. “When we don’t allow Pakistanis in other fields like medicine, engineering etc, then why allow them here? Singing is also a commercial market and we are not here for charity”, quips he.

When asked about his decision now, Abhijeet asserts, “I have clearly told the channel that I will not judge Mussarat. Anyway, they have a choice to opt for the judge and he can get his marks from Ahmed”. Lastly, leaving everything to the channel Abhijeet says, “I do not know what decision the channel will take. But I can tell you that I will stay my ground till I am forced by the channel to walk off!! And if this happens, it cannot get more shameful as an Indian had to leave because of a Pakistani!!”.

Well, after all this controversy, where does this leave the show? Can we get an answer please!!!! 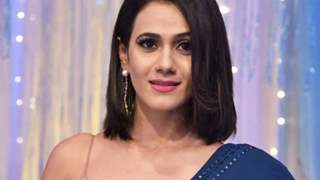 bid00 14 years ago Considering the history of India & Pakistan (partition, wars, acrimony) and the fact that Pakistan was a part of India before partition, it was a terribly poor and bigoted choice on the part of the Pakistani contestants to pick Pakistani patriotic songs (firstly there were no patriots in Pakistan to begin with, only separatists :-)

Anyway, the least these Pakistanis could have done is appreciate the hospitality of the Indian people and (again considering the history of India and Pakistan) picked a neutral song on friendship. There are so many wonderful songs that could have bolstered cross-border friendship and done well for the entire Indian subcontinent.

My personal experience with Pakistanis has been mostly terrible still I continue to have some Pakistani friends (mostly who are liberal and compassionate) and continue to hire them to work for me without discrimination. I was backstabbed by 2 Pakistanis I worked with. I rented a room in a Pakistani household. My landlord and landlady were very nice. However, whenever there was a party, all Pakis would get together and talk terrible things about India. I was shocked. Pakistan does not even get a mention in any Indian parties, at least not in the same degrading way. I was eating in a restaurant in NYC. A Pakistani man walked in with his wife and 3 kids. The first thing he asked - Is this restaurant Indian or Pakistani? I was aghast.

I do not wish to generalize my observations. A few Pakistanis were nice. One Sufi friend even sent me an Ajrak from Pakistan.

I do not have any hatred for Pakistanis. I can tolerate them but increasingly I have no liking for them. Until there is religious freedom and democracy in Pakistan, I will have little respect for Pakistan as a nation and Pakistanis as proud and honorable people.

I stand by Abhijit's sentimen...

+ 4
14 years ago becuz of people like Abhijeet there is still hatred b/e India and Pakistan!! >(
i hope he gets kicked off...mussarat is an execellent singer and he shudnt have to leave the show because of one rascist judge =[

14 years ago First of all i am sooooooo glad that Abhishek Awasthi is back... but its sad that Sumedha Karmahe is not there. i used to like her too.

I hope after abhijeet's comments on Mussarat Abbas, the makers of the show take him out as a judge... He does not deserve to b in such HS after such a LS thought.

14 years ago Abhijeet is insulting n=me as an Indian. What a racist? First he said Abhishek was his fav. over Kushal, and now he's saying he won't judge Mussarat because he is a pak or a better singer than him. It wouldnt bother me if he walked out of the show.

14 years ago Lol Abhijeet is just wun meanie baldy man. He like sthe fact that Pakistan and India are not friends and its onli cuz of people like HIM. Jeeez. he is so mean hope he burns so Pak and India can unite. Its great that India is making Pakistani show their talent but some people are just jealous. GOD please take these people back who cant create peace but hatred.

5UmY! 14 years ago omg!!! this abhijeet shudnt be alolowed 2 judge any sort of show!!! hes soooo rude and has no manners!!! no contestant is weak otherwise they wudnt be on the show from day 1!!

14 years ago COz of People LIke hiM there is still hatred between India n Pakistan. I reallllly hate his last line..