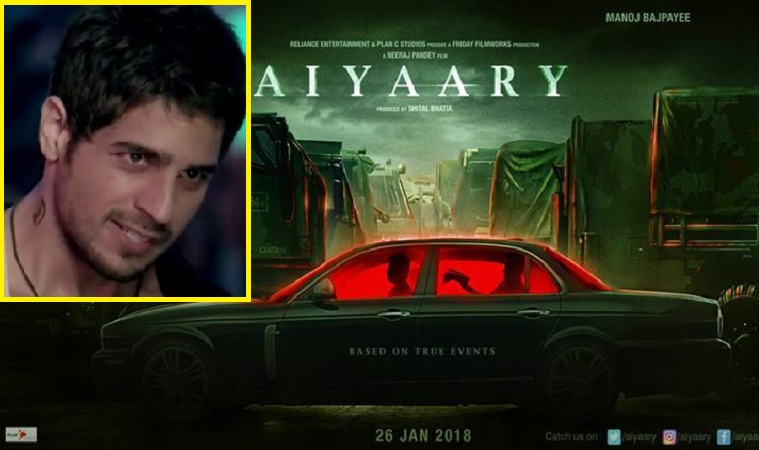 After 'M.S.Dhoni: The Untold Story', Neeraj Pandey is back with his next directorial 'Aiyaary',
which has become one of the most anticipated films of 2018 and has generated a lot of buzz since the film was announced.
From having a visionary director like Neeraj Pandey, or the interesting cast comprising of talented actors like Manoj Bajpayee, Naseeruddin Shah, and Sidharth Malhotra, or  the film being based on true incident, or the name itself 'Aiyaary' which means ultimate trickery, Aiyaary has all the elements required of a good film which has made it one of the most anticipated films of the upcoming year.
Aiyaary also brings Sidharth Malhotra's first collaboration with Neeraj Pandey and the power packed trio of Naseeruddin Shah, Manoj Bajpayee, and Neeraj Pandey.
The film based on a real-life story is set in Delhi, London, and Kashmir. Neeraj Pandey likes to shoot at real-life locations, therefore despite filmmakers hesitating to shoot in Kashmir after Uri attacks, Neeraj completed his schedule in Kashmir valleys.
Neeraj Pandey is one of the few filmmakers who have forged their way into the film industry by giving path breaking films.
His film 'A Wednesday' which was the recipient of several awards including the prestigious National award.
Apart from 'A Wednesday' Neeraj Pandey has blockbuster films like the period-era heist film 'Special 26', espionage thriller 'Baby' and the country's most celebrated biopic 'M.S Dhoni: The Untold Story'
Now the ace filmmaker is coming back with 'Aiyaary' which revolves two strong-minded Intelligence officers, a mentor, and a protg.
It's no surprise why 'Aiyaary' is generating so much buzz and tremendous excitement amongst the audiences.
Presented by Reliance Entertainment and Plan C Studios, Aiyaary is a Friday Filmworks Productions and is produced by Shital Bhatia, The film is directed by Neeraj Pandey and is scheduled to release on 26th January 2018.
0 Likes