View Profile
Director Soham Shah of 'Kaal' is all set for his next release 'Luck'. The movie stars the cute and 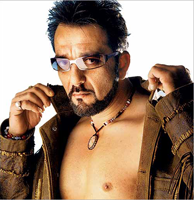 
To assist this project Ashtavinayak has got on board choreographer 'Remo' who has insisted the Soham to get some big star to make an appearance in the song but he is adamant on his decision.


The track is sung by vivacious Sukhwinder Singh while the tunes for the same is penned and composed by Salim Suleman.