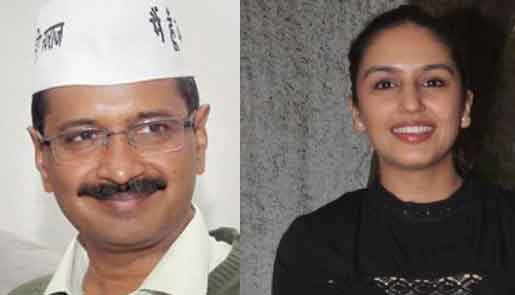 Actress Huma Qureshi has high hopes from Delhi Chief Minister Arvind Kejriwal but has one issue with his cabinet -- the lack of women.

Aam Aadmi Party leader Kejriwal Saturday took oath as Delhi's chief minister at the Ramlila Maidan here along with six ministers, all of whom are men. Hence, the actress questioned the absence of female representation.

"More power to change @ArvindKejriwal Looking at better governance and safety for women in Delhi. But no female representation in the cabinet," she tweeted.

Celebrity photographer Atul Kasbekar also noted: "No women in the Kejriwal cabinet could well be its Achilles heel or its pin striped suit...Disappointing."