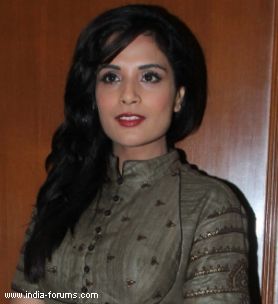 Richa Chadda was recently stopped and interrogated at the airport here on her way back to Mumbai as the security and airport officials found something suspicious in her luggage. It turned out that the 'powder' they found questionable was part of the Ayurveda beauty and skincare products that the actress uses.

Richa believes in the power of Ayurveda and she has been following the traditional method of beauty and skincare for over the last six months. Considering that it has helped her greatly, she follows the Ayurveda ritual daily, and that means the powder is carried even when she is travelling.

It turned out to be problematic this one time as the security and airport officials thought that the powder was not what Richa was claiming it to be. A source close to the "Oye Lucky! Lucky Oye!" and "Gangs Of Wasseypur" actress said that she was questioned for nearly two hours before she was allowed to go.

Confirming the same, Richa said in a statement: "I am a big believer in Ayurveda and was recently carrying my Ayurvedic supplements to Mumbai. However, the security found the powders suspicious. I didn't want them to confiscate my Ayurvedic things because they are tough to procure... and are made for me personally by the ved.

"I had to literally convince them for two hours that it's nothing wrong or suspicious at all. I know they are doing their job and hence I was more than willing to co-operate. Thankfully I didn't miss my flight."