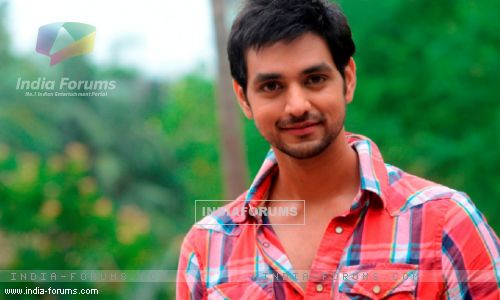 Talented and popular actor Shakti Arora who is seen in Colors' Meri Aashiqui Tumse Hi has been praised and applauded for his excellent acting in the show. The show recently aired a rain sequence between Ranveer (Shakti Arora) and Chirag (Ravjeet Singh) which was extremely loved by the audience's and left them teary eyed. But all good things that we see on screen does not always have the same in real life. Shakti had to go through a lot while he was shooting for this particular scene.

Well, before much adieu we would want you guys to read by yourself the reason that left Shakti in immense pain. Read on!

"When I was told that I had to shoot a rain sequence I was already suffering from fever, cold and cough. Initially I was all okay with the shoot. Just before the shoot started I took all the medications as prevention so that my condition does not get worse. The shift was from evening 7 to next day morning 7. I was required for almost all the scenes and I had to get wet in the rain as per the requirement of the script. While I was continuously shooting for an important sequence in the rain, I was in the rain till 4 am and was completely drenched. I was still okay by that time but later while shifting was taking place they asked me to change and get warm till the time we begin with another scene. So I went and changed my clothes and those wet clothes were left in my vanity van and the AC of my vanity was on. My clothes were already wet but also became cold because of the AC."

"When they called me for a shot again, I was completely dry and my clothes were cold and wet and that really affected my health. It was like thousand needles poking you at the same time. It was complete torture. My health worsened and I started shivering but still I controlled and was just hoping that the shoot ends soon so that I can warm myself. But at 6 in the morning my body just gave. My body actually started vibrating and yet the water was falling on me and I had to recite the dialogues. It went so much over my patience level that tears literally came out of my eyes and I screamed so loud that everyone on the set got afraid and they turned off the shower. Immediately they brought a towel to dry me and also hot coal which kept me warm. My limbs had become numb because of being in rains for so long.

I had to take injections for two days so that I could shoot. It was a kind of experience!" ends Shakti.

Well Shakti, team TellyBuzz wishes you a speedy recovery and hope you get well soon.

+ 2
6 years ago Love you Shakti Arora

6 years ago This rain troubles a lot. Just yesterday rain fell on me & I'm suffering with cold & fever now. Anyways, great acting Shakti Arora as Ranveer. Rock on ! Wanna see you with Ishaani.

+ 4
6 years ago why would the rain sequence stretch this long? this is really a torture for the actors...Hope you are fine Shakti Arora

+ 4
6 years ago Oh my! I never knew Actors had to work SO much, so hard! I am impressed by the dedication, something which everyone should have in them! Go Shakti! :D

+ 4
6 years ago its really sad that u had afce so much trouble. Shakti Arora you are one of the finest actors. U r very special. Different from the rest.

+ 2
6 years ago today's fast pace world cut throat competition and greed of money has make human just like machine no feeling no humanity no protocol of work load and ...?there should be some law against this short of inhuman behavior.

6 years ago hi shakti arora, u re amazing actor, sure raining sequence very emotional n challenging, hats off to u, keep rocking, anyway get well soon

get well soon Shakti. the rain sequence was surely emotional. felt so bad for ranveer...

+ 2
6 years ago Ravjeet Singh u rocks in MATSH as Chirag. But Shakti is really great to.