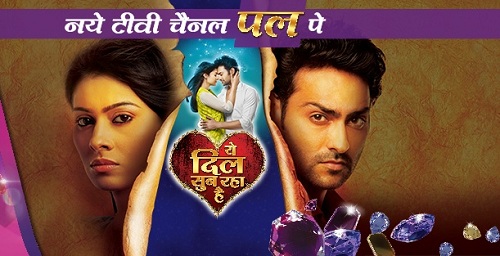 Sony Pal's Yeh Dil Sun Raha Hain produced by Balaji Telefilms has garnered good viewership for its love story. Earlier TellyBuzz had reported about Arjun's engagement with Tanu and also about Poonam marrying the one she loves.
Well, TellyBuzz is back again with another track update.
Our source informs us, "Viewers have by far seen that Arjun (Navi Bhangu) runs away from the house with Purvi (Aparna Dixit) so that the two can be together. Viewers now will see that Bachcha Singh (Kali Prasad Mukherjee) gets extremely upset with Arjun for the step that he took. When Arjun and Purvi come back, Bachcha Singh gets so furious that he is just about to attack him. Bachcha Singh forces Arjun to marry Tanu and also blackmails him. Owing to this, Arjun will be seen marrying Tanushri (Akansha Juneja) which will leave Purvi heart broken."
Well, this is surely something that the viewers must not have expected.
Keep reading this space for more updates on your favorite shows.
Upasana Patel

6 years ago As expected from her, EK has made a mockery and caricature of marriage again.

As per EK's most favorite menu, what now left is ultimate and eternal heartbreak, loneliness, sufferings, pain, hatred, wrath, revenge, threat, blackmailing, humiliations, physical abuse and continuous wins of evil; i.e. in a nut shell absolute NEGATIVITY. The channel, by the way, advertises that they "stand for positivity" !!!!


Arjun & Purvi, will be together so soon

6 years ago when will ekta give some thing new??...all her serials run on same lines and story becomes so much predictable...is she afraid to try something new..??

ARFAH28 6 years ago its like old indian serials no yar did the writers have no new stories i think viewers can write better story than these old followers writers if this will happen then its time to say bye with :(

6 years ago Sadly EK and her famous separation track with the male lead marrying someone else...To say Arjun..Poorvi pairing and chemistry was the USP of the show..It will be a heartbreaking track to watch..