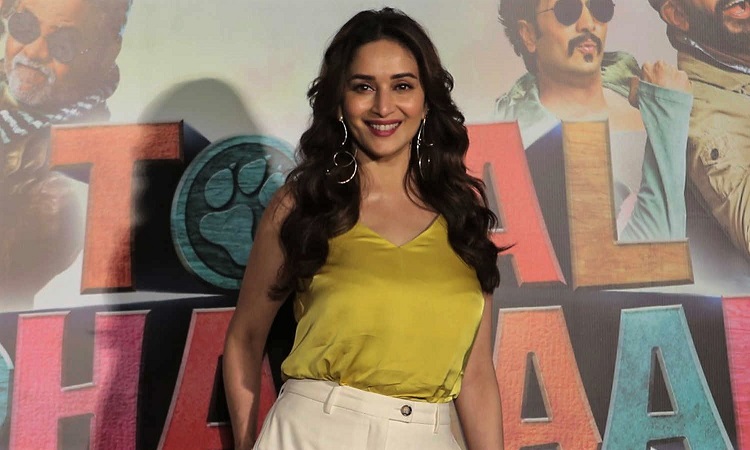 While the 'boys' in Indra Kumar's rumbustious ode to rowdyism and toxic masculinity, "Total Dhamaal" are out to have fun, what is the mythical Madhuri Dixit doing with them? She is as out of place here as a riff of gospel music in a rave party.

Not much of a choice, really since her comeback in 2007 was a bit of damper. The Yash Raj film about an NRI returning to her roots and Indian classical dancing in "Aaja Nachle" was specially designed for her.

The film flopped and Madhuri hastily returned to her home in the US. But the itch to face the camera never leaves a movie star, unless she is Rajshri, Vyjanthimala or Suchitra Sen, the only three actresses I know who never looked back once they retired. For the rest, whether it was Mumtaz (and her disastrous comeback in Pahlaj Nihalani's "Aandhiyan") or Urmila Matondkar (her even more disastrous item number in last year's "Black Mail"), they all want to return.

Jaya Bachchan and Sridevi made a spectacular comeback in "Silsila" and "English Vinglish", respectively. Dimple Kapadia returned to the camera after years of marriage and motherhood in "Sagar".

If only Madhuri Dixit were that lucky! After her failed attempt at a comeback in "Aaja Nachle" she again made a comeback in Abhishek Choubey's "Dedh Ishqiya". This time the critics were happy and the audience was tantalized as her character had shades of lesbianism in it. 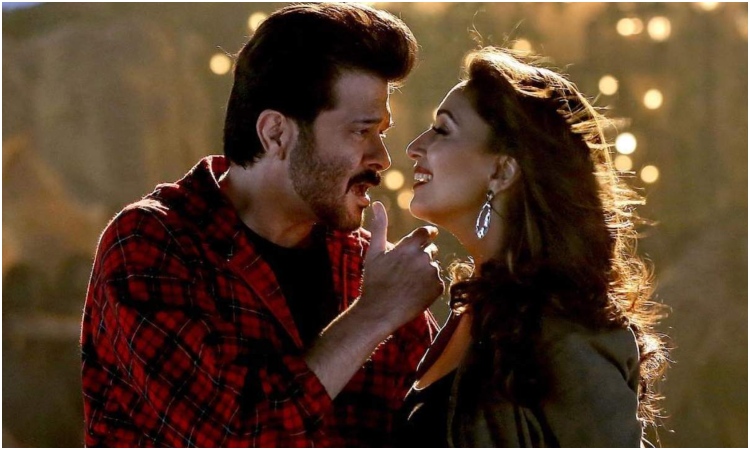 However "Dedh Ishqiya" was not a blockbuster and it did not open the floodgates for Madhuri's second innings. During the same year, Madhuri was seen in another female-hero avatar in "Gulabi Gang" which flopped resoundingly. No more was seen of Madhuri on screen for the next five years. During this period she was constantly in the news for various activities on television and the internet.

But as far her movie career is concerned Madhuri seems to have hit a permanent roadblock. In 2018 she did her first Marathi film, "Bucket List" which seemed inspired by Sridevi's "English Vinglish" and Vidya Balan's "Tumhari Sulu". "Bucket List" was not the success it was meant to be.

To see her prance in a trance in "Total Dhamaal" to an imaginary comic rhythm is like watching Deepika Padukone play the lead in "Gully Boy". It is not becoming for an actress of Madhuri's dignity and grace to be hopping and skipping in the Big Boyz Burlesque Club.

Surely there are far better vehicles for an actress of Madhuri's stature? Why must she be doing a role that seems to have been written for the Marathi actress Ashwini Kalsekar? Why can't Bollywood come up with a role befitting her iconic status? She has Karan Johar's "Kalank" coming up for consideration in April where she plays a dancer in a period film.

This could be the vehicle that Madhuri and her fans have been waiting forever since she quit acting after her role as "Chandramukhi" in Devdas.

Otherwise, if she insists on doing inane stuff like "Total Dhamaal" the song "Maar daala" may acquire an entirely unforeseen relevance.