Tabassum, who first got popular with the DD show Phool Khile Gulshan Gulshan has been active in five different mass communication media (films, television, radio, print and journalism). She is now back to entertain us with a fresh concept of laughter show titled Ladies' Special on Zee TV...

Here is the lady in conversation... 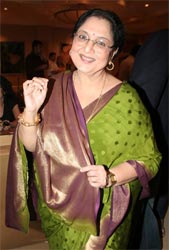 Featured Video
What's your experience doing Ladies Special?
What I love about Ladies Special is that it's a comedy show. And I am a born comedian. When I was five, my father opened a humor club in my name. When I was fifteen I published my first joke book titled Tabassum hi Tabassum. So you see comedy and I go hand in hand.

Why did you agree to be a part of this show?
Ladies Special is all about giving recognition to talent. And who would believe if I said Johnny lever is my find? So you see, I have always loved encouraging gifted comedians. When I got the chance to judge a reality show based on stand up comedy I jumped for it!

How is Ladies Special different from the existing comedy shows?
First of all, Ladies Special is just for the female fatales of humor world. Secondly this show would do greatly to change the present image of women in our society which sadly is largely taken to be negative. In most of the shows, you see saas- bahu fights. The husband not being happy with the wife.etc etc. but through this show people will see
that women can bring a great healing effect to their family and to the society by being a source of laughter.

What's your judging criteria for this show?
The first thing that I would look for is the matter. I've been associated with the comedy world for so long, that I would instantly recognize what's stale or worn out. I'll look out for fresh contemporary jokes. The other thing would be the performance of the girls. If the style with which the girl delivers the joke is not connecting to the audience then the content of the joke is wasted! And then confidence and creativity would also be taken into account.

Is this a 100% ladies show?
Yes all the contenders would be females. But we do have males outside the contending circle. Baba Sehgal is my co- judge and Swapnil the anchor.

What is this golden belan?
Well this is some kind of a goodie treat. The girl who impresses me in all the four criteria will receive the golden belan from me.

Why a belan?
Belan is one of the most useful things for a woman. It's an absolute weapon and there are many a cases where the husband finds new found respect for the wife after her sophisticated use of the belan.

Nowadays most of the reality comedy shows are creating controversies…
I will try my best that our show does not stir any controversy.

Most of the comedy shows cross the line so much that they get termed vulgar…
You see, I am a woman and by God's grace I have reached sixty. I will never want our younger generation to get influenced by anything lewd. So in my show, vulgarity will not be encouraged at all. Moreover we are Indians. Our greatest pride is in our simplicity. But don't worry, Ladies Special will not bore you with extreme simplicity. I will see to it that when three generations of a family sit in front of the television together, there should be no cause for embarrassment through the jokes cracked by one of the contestants.

Can you share any funny incident that happened on the sets?
It's a comedy show so the atmosphere is always funny. But you see, there was this one time when I presented golden belan to one of the contestants, and she came running to me and as I stood up to hug her taking the support of the chair, the chair rolled past me leaving me on the floor and the contestant on top of me! (laughs) Thank God the girl was light and slim or else there would have been a casualty in the studios. But thankfully, nothing happened to me and I was up in five minutes!

What difference do you find between the small screen of yester years and today?
In those days, technically we were very backward but we had superb content. Today, technically we are advanced but the matter, is being recycled from the olden days. I mean to say that the body is beautiful but the soul has lost its liveliness somewhere along the way. And this is true in the case of both small screen and big screen. 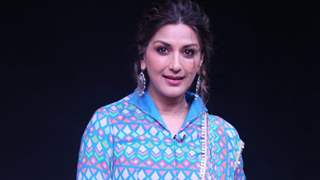 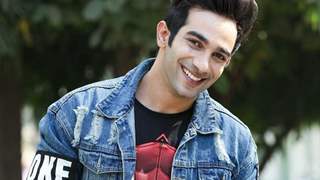 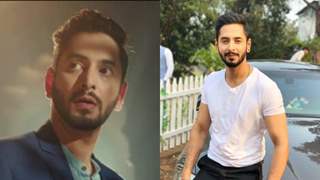 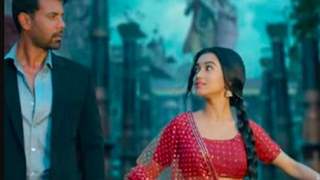 Neeharika Roy on being compared to Sriti Jha as she will co-star ... 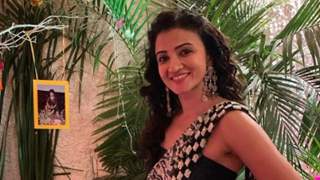 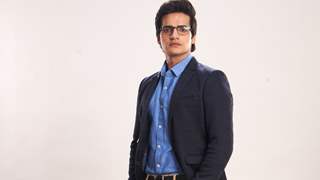 Aashish Bharadwaj of Mithai: I never thought I would be able to make a ...

12 years ago Hmm 'ladies special' a bit of a famous title now days i guess..