All parents want their children to be toppers. Therefore, there is no place for slow learners. Nobody has the time or tolerance to cope up with kids suffering from dyslexia and Aamir Khan smartly tackles this issue in his first directorial venture 'Taare Zameen Par'.

Some films are meant to entertain and inform. However, this one is an eye opener and a must watch.

Bullying of children by their parents is a shameful thing and as the story unfolds you begin questioning your treatment of your child. As the film shows, the same yardstick cannot be used for every child.

The film is well scripted and all actors have done a good job although some dialogues are too heavy and preachy.

'Taare Zameen Par' would make for a good film for teachers and parents as well as kids who might be able to relate to the protagonist in the movie.

Emotions shown in the film are not over the top. They are real and often strike the right chord. So don't forget to carry tissue papers.

Humanely covered in 'Taare Zameen Par' is the dilemma of Ishaan Awasthy (Darsheel Safary) - a child suffering from dyslexia. His parents demand excellence from him in every aspect of life. When he fails to live up to their expectations, he is subjected to punishment and sent to a boarding school.

He begs them to not send him away but the over ambitious father ignores him. Life becomes more difficult for little Ishaan in the boarding school - he is left alone to fend off bullies in the form of teachers.

The insensitivity of his peers, rough treatment by teachers and his parents' inability to understand his problems take their toll on the nine-year-old boy. Eventually he loses interest in everything, including his favourite hobby of painting, and stops interacting with the outer world.

And then enters an unconventional art teacher Ram Kumar Nikumbh (Aamir Khan) who had faced a similar problem in his childhood and is able to connect with Ishaan. Nikumbh's gentleness and devotion helps Ishaan overcome the trauma that he has suffered.

Though Ishsaan never expresses his fondness for Nikumbh, emotions reach a high point in the climax when Ishaan's painting fetches him the first prize. For the first time he is appreciated and applauded and this sudden fame makes him emotional. Unable to hold his emotions, he runs up to Nikhumbh and hugs him in a touching revelation of his overwhelming gratitude.

A brilliant script by Anil Gupte and matured handling of a sensitive subject by Aamir leave viewers overwhelmed with tears rolling down their eyes.

If Darsheel's name comes first in the credit, he deserves it. The gifted child artist demonstrates every nuance of a kid faced with such trauma, torture and humiliation and you feel like reaching out to him and comforting him. Aamir fits the bill of an art teacher.

If 'Chak De! India' highlighted the problems plaguing women's hockey in the country, 'Taare Zameen Par' tackles a more sensitive social issue and ends the year on a positive note. 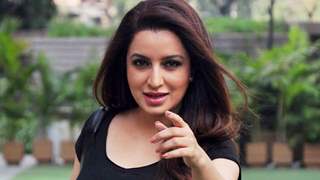