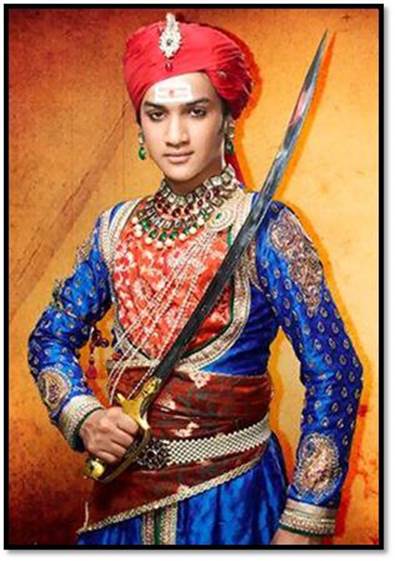 The thrilling and exciting twists and turns are going to enthrall the viewers in Sony Entertainment Television's Bharat Ka Veer Putra - Maharana Pratap. The upcoming episodes will have the electrifying fight sequence between the Mehmud's Shah and Pratap (Faisal I Khan).

In the upcoming episodes, Chakrapani tries hard to fight against Mehmud Shah Army and on the other hand Ajab De sends red duppata to Pratap signaling the danger pertaining in Bijoliya. Pratap reaches Bijoliya in the nick of time and save Bijoliya from the terror of Mehmud Shah. In the intense fight the prince of Mewar chops off Mehmud Shah's leg.

After the intensified fight between the prince of Mewar and Mehmud Shah, now in the upcoming track the viewers will see that in order to thank Ajab De, Pratap will organize a special Dawat.

In the daawat Pratap thanks Ajab De for her smart deed of calling Pratap and gives her all credit in front of everyone.

+ 2
6 years ago Oh...i love this episode...but i hate it becoz of phool's confession to Ajabdeh...
don't get me wrong, i have nothing against Jannat, she is absolutely amazing and cute...
i just don't like her reel character's confession in this episode...
Anyways...the way Pratap brings Ajabdeh in front of everyone...that was so cute and awww...

6 years ago Maharana pratap is turning out to be really interesting these days. Looking forward to the track.

+ 2
6 years ago I am so much in love with PrAja . They are so divine couple . RoSal rocks as PrAja.

6 years ago Dear RoSal , miss you so much.
Waiting for 1 hour episode of MP :)

6 years ago RoSal you rule my heart . love you forever.
Maharana pratap rocks .

6 years ago Hope to see more such moments in the show. Pratap ajabdeh scenes are treat to watch.