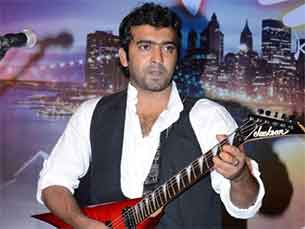 Attempting to break new ground, singer-rapper Sricharan Kasthurirangan, known for the rap portion of "Chennai Express", wants to reinvent rare Carnatic 'varnams' and 'keerthanams' through Hip-Hop in his latest single "Hipnatic", which has gone viral.

"The name 'Hipnatic', which shouldn't be confused with hypnotic, is the abbreviation for Hip-Hop and Carnatic," Sricharan told IANS.

"We wanted to bring to popular knowledge Carnatic 'keerthanams' (hymns) and 'varnams' (a repertoire of song that helps in forming the lyrics) that have been part of our lives and are considered the heritage of our country but have somehow got lost along the way.

"We wanted to include these things in our song so that people can enjoy them, especially youngsters can revisit popular Carnatic songs through the effort," he added.

Sricharan said a simple experimentation with the music led to "Hipnatic".

"My parents are Carnatic music lovers. One day when I was listening to a popular Hip-Hop song, my mom was singing a Carnatic tune and she crossed my room. I somehow felt that tune perfectly fit into the Hip-Hop track. I then dwelt on this idea to eventually come up with a song," said Sricharan, who has also crooned the rap portions in Tamil film "Ko" and Malayalam movie "Killi Poyi".

"The first song I came up with was from a Carnatic song called 'Eppo Varuvaro'. We made the track, did a pilot and performed the track at a film awards ceremony in 2012.

"Meanwhile, I got in touch with my Carnatic musician friend Vijayagopal and bounced the idea off him and we got together to work on the track," he said.

Sricharan averred that there are challenges associated with this style of music as well.

"We need the right Carnatic melody that can suit a particular Hip-Hop track, otherwise it won't sound right. We spent a lot of time listening to different Carnatic tracks, but since our first track was received well, we went ahead and made the music video for the single," he added.

He has so far received positive response to the song, which also features Vijayagopal and Papanasam Sivan's songs.

Also, music lovers who want to add the track to their collection are inquiring about it and its follow-up.

"We have also realised that since we have merged these two different music genres, it has appealed to both youngsters and elders," Sricharan said.

"We are happy that we have packaged it in such a way that youngsters realised the importance of Carnatic songs. In our song, we don't mess with the Carnatic tune at all. We played it with the same notes with which it was composed and, therefore, it was received well," Sricharan added.

"The rest of the songs to follow will also have a Carnatic influenc," he noted.

Arbaaz Khan Files a Defamation Case for Dragging his name ...
58 minutes ago