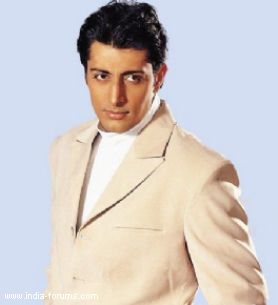 "Tum Bin" fame actor Priyanshu Chatterjee, recently seen in "Samrat & Co.", doesn't have any particular role in mind or any fixed plans to direct. He says he would like to be part of "interesting and entertaining" cinema that helps him "shine like never before" and that he may wield the megaphone if a subject "grips" his attention.

"Let's see what destiny has in store for me, what sort of roles, how the audience feels about me. This is all hypothetical," he said when asked about future plans. "I would love to be a part of an interesting, entertaining film in which I shine like never before," added the Delhiite.

Do you want to direct films?

"No such plans yet, but if there is a subject that haunts me enough to grip me and I feel only I will be able to do justice to it, then yes, I will sink my teeth into it as well," he said.

Starring Rajeev Khandelwal in the lead role, "Samrat & Co." opened to a lukewarm response at the box office when the thriller mystery came out April 25.

Talking about the genre, he said, "detective thrillers stay relatively unexplored yet."

Buoyed by the narrative and well-etched characters, the model-turned-actor accepted the offer.

"I heard the narration from Kaushik Ghatak, the director of the movie, and found the story interesting. Also, I thought the characters were well etched and hence I said, yes," Priyanshu told IANS in a telephonic interview.

When asked whether he bonded with his co-stars, especially Rajeev, he said: "There was nothing to bond over with Rajeev as the script sets that down for you. As a colleague, he was professional and I had a good time working with him."

As far as big success is concerned, it has so far eluded Priyanshu, who made an impressive debut with director Anubhav Sinha's 2001 sleeper hit "Tum Bin". In his over a decade-long acting career, the 41-year-old featured in "Woh", "Julie", and "Madhoshi", but none could help boost his career.

In 2008, success came in the form of "Bhoothnath", but it was all about Amitabh Bachchan, who played the ghost, and child actor Aman Siddiqui, seen as naughty Banku who befriends the ghost called Bhoothnath.

Later he tried his luck in Bengali films and did "Moner Manush", "Bhorer Allo" and "Paanch Adhyay".

However, Priyanshu feels that he got his due as all producers paid him in full. His next will be "Barkha", slated for an August release.

He has not done too many light-hearted roles.

"I think it's the other way around. They chose me," he said when asked about choosing serious and sentimental films such as "Tum Bin" and "Aapko Pehle Bhi Kahin Dekha Hai".

"However, I thought 'Dil Ka Rishta' and 'Rajdhani Express' were pretty funny acts. And I always say it's a director's medium so it's really not up to me to make that call. I am just an actor," he added.

A graduate from Delhi University, he aspired to be a chartered accountant, but then came a modelling offer and he embarked on a new journey with projects such as Digjam's print campaign, Wills Cigarettes, Levi's and Four Square.

"It's destiny more than anything else. You just come to the crossroads and decide which way you want to go. It's your passion, hunger, patience, grit and so many other variables that come together to make that choice for you," he said.

The capital is his favourite spot, especially for the food.

"I love being in Delhi, the food and the infrastructure are amazing. The place that I always come for the best Sushi in Delhi is Sakae Sushi at the Ambience mall, Vasant Kunj. I love the food, ambience and the service at the restaurant. It's a gem of a place."